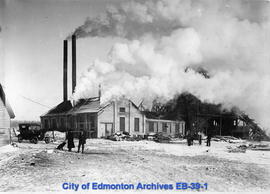 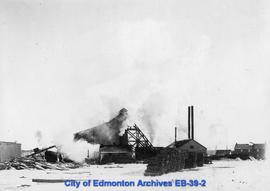 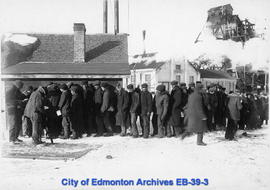 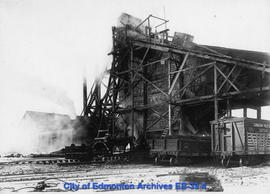 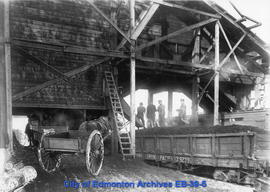 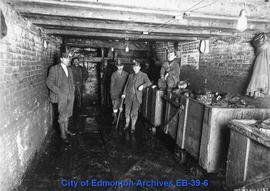 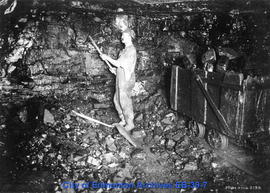 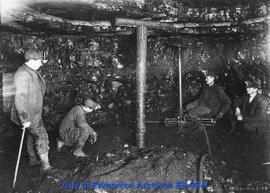 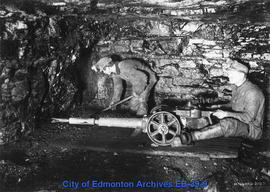 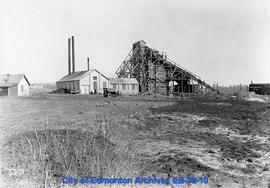 William Humberstone was born in 1837 to Sarah Wilson and Thomas Humberstone Jr. in York (Toronto), Ontario and raised in Newtonbrook, Ontario. William arrived in Edmonton in 1880 and the following year established the Humberstone Coal Company. Humberstone operated a ferry and brickyard as well, but was best known for his mining operation. His first mine was on the banks of the North Saskatchewan River near Grierson Hill, but it was washed away in a flood in 1899. The following year he began a new mine in what is now Beverly.
William married Beata Bauer in 1899 in Edmonton. In 1912 William fell ill and Beata officially leased the mine from him and saw to its daily operations, running a very successful business. William died in 1922 and is buried in the Little Mountain Cemetery in Edmonton. Beata died on 6 Apr 1926 in Germany while visiting family.

The fonds consists of a photograph album created by the William and Beata Humberstone. The photographs include the Humberstone mine, farm, family and friends. There is also a one-page family tree in the back of the album.

This fonds was donated to the City of Edmonton Archives by Mary Ann Bennett and Dorrie Rock in 2013.

The photographs were arranged according to the filing system of the creator and assigned item numbers with the prefix EB-39.