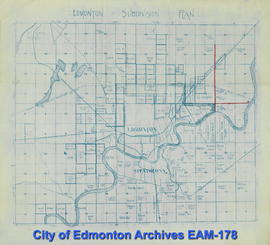 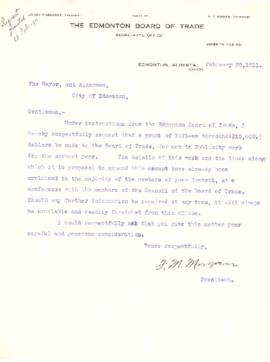 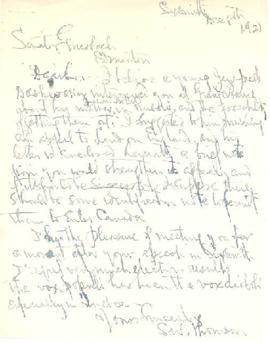 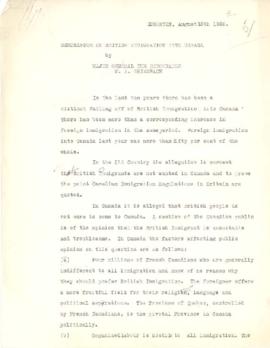 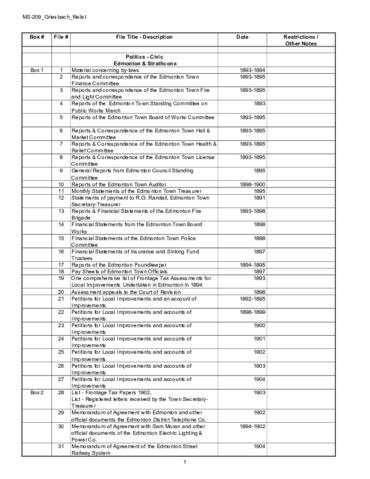 In January 1900, at the age of 22, Griesbach enlisted in the Canadian Mounted Rifles and served with distinction in the Boer War in South Africa, receiving the Queen’s South Africa Medal. He was discharged in January 1901 and returned to Edmonton and opened a law practice.

In 1904 and 1905 he was elected as an alderman. In December 1906 Griesbach ran for the Mayor's office and was duly elected, gaining more than sixty percent of the vote in a three-person race. He was 29 years old at the time and thus became Canada's youngest mayor. He was nicknamed “Edmonton’s Boy Mayor” and remains the youngest mayor in Edmonton's history. He served a one-year term but did not seek re-election in municipal politics.

In 1906 William Griesbach married Janet Scott McDonald Lauder in Edmonton, who was the first telephone operator in the city. They had one child born February 1913, but died in infancy in May 1913.

In 1906 he single-handedly organized the 19th Alberta Dragoons, was commissioned as a lieutenant and promoted to captain in 1907. In 1914, when World War I broke out, the Dragoons volunteered as a unit.

In December 1914, Griesbach was promoted to major assigned to command the 49th Battalion, later known as the Loyal Edmonton Regiment. He organized the 49th Battalion, recruiting 1000 men in eight days in January 1915. His troops were confronted with some of the heaviest fighting of the war serving in various theatres including the Battle of Vimy Ridge, the Battle of Arras, the Third Battle of Ypres, and the liberation of Mons. In 1917 he was promoted to the rank of brigadier general in command of the 1st Canadian Infantry Brigade of the 1st Canadian Division on the western front.

William Griesbach was elected MP for Edmonton in December 1917, a position he held until his appointment to the Senate in 1921. He served as a Senator for over 20 years until his death.

During World War II he was made inspector general of the Canadian Army for Western Canada, and was promoted to the rank of major general. He retired from the military in 1943.

Griesbach was very involved in the Edmonton community with memberships in the Masonic Order, the Oddfellows, the Edmonton Veteran Association, the Canadian Club, and the Northern Alberta Pioneer and Old Timers’ Association (NAPOTA).

William A. Griesbach died in 21 Jan 1945 in Edmonton, shortly before the publication of his autobiography "I Remember". He was buried in the Edmonton Cemetery with full military honours.

It is unclear how William Griesbach obtained the City of Strathcona and City of Edmonton records in the fonds that precede and follow his time as Alderman and Mayor, though it is possible his law firm was involved in the amalgamation of the cities of Strathcona and Edmonton.

Major Gordon Armstrong was the Commanding Officer of the Loyal Edmonton Regiment (LER) in 1958 at the time of donation of the textual records. It is unclear how the regiment acquired the political and personal papers.

The books, originally in Griesbach’s library, were donated to the Edmonton United Service Institute upon his death in 1945. The Institute then donated the books to the Western Command HQ Library, at that time located in the Prince of Wales Armoury in Edmonton. The Western Command HQ Library occasionally added books to the collection. In 1975 all of the books, named as the Griesbach Library collection, were donated to the Artifact Centre. In 1988, the Artifact Centre transferred a subset of the books to the City of Edmonton Archives, while keeping the remainder.

The fonds consists of William Griesbach’s political, military, and personal papers, as well as numerous books from his personal library.

Political papers consist of reports, correspondence, contracts, and financial documents concerning the City of Edmonton and the City of Strathcona between 1892 and 1935. There is also a 1912 Edmonton Subdivision map (EAM-178).

Military papers include correspondence, clippings, programs, pamphlets and other materials related to Major-General Griesbach's military career, created between 1919 and ca.1943.

Personal papers include correspondence, financial documents, theatre programmes and other materials relating to Griesbach's personal activities and interests. It includes correspondence on the memorial window in the Cathedral Church of All Saints in Edmonton.

The books reflect the various aspects of Griesbach’s life, career, and interests covering military, political, diplomatic, economic, and historical topics. It should be noted that the books published after Griesbach’s death in 1945 were added by the Western Command HQ Library.

This fonds was donated to the City of Edmonton Archives by Gordon Armstrong in 1958.

The material was arranged by the archivist based on the different aspects of Griesbach’s life (political, military, personal) and then predominantly in chronological order.