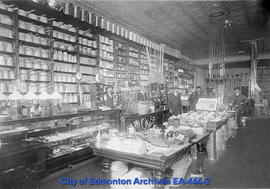 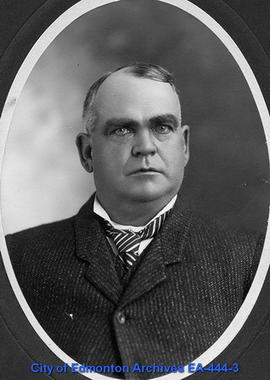 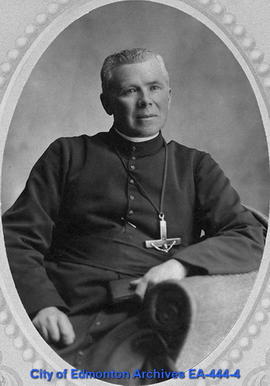 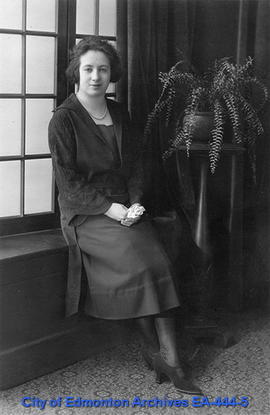 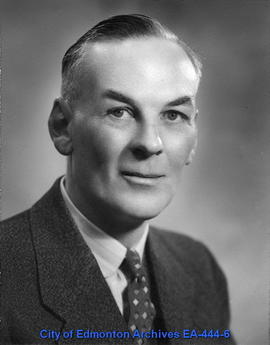 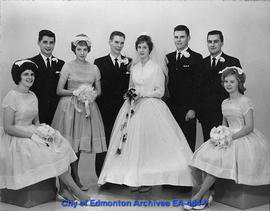 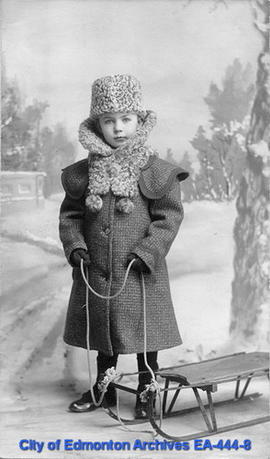 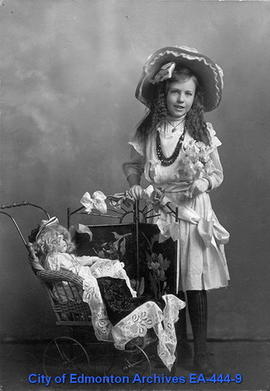 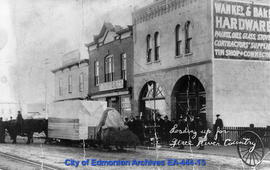 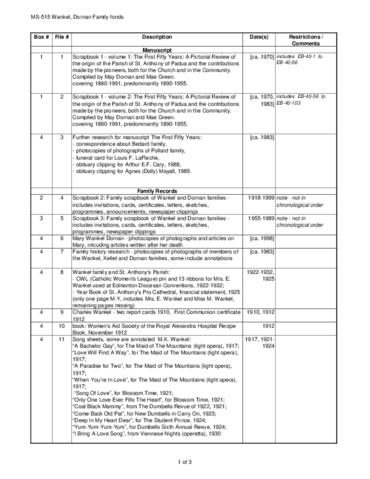 Mary Kathleen Cecilia Wankel, often known as ‘May’, ‘Mayme’ or ‘Mamie’, was born to Emil and Margaret Wankel on 2 May 1904, in Oak River, Manitoba. Mary had an older brother, Charles, whom the family called Charlie. Emil Wankel had a small hardware store in Oak River with partner J.J. Barr.

In 1909 the Wankel family moved south from Manitoba to the States, settling in Spokane, Washington, where Emil tried to have an apple orchard business. However within a year, he decided the apple orchard business was not for him. Emil had kept in touch with his former partner, J.J. Barr, who had recently moved to Strathcona, Alberta, and acquired the Ross Block on Whyte Avenue with the intention of establishing a hardware store.

In 1910, Emil moved the family to Strathcona, reunited with his partner and operated the Wankel and Barr Hardware Store. The family lived in a few different homes in Edmonton, but in 1912 a new home was constructed for the Wankels in Strathcona. The Bard and Carrigan families also lived in the neighbourhood. The Wankel home was in walking distance to St. Anthony's School at 76 Avenue and 106 Street.

Mary attended St. Anthony's School for grades three to eight. Then she went to the Third Street Separate High School for grades nine to 11. Mary also studied music, receiving first class honours in Piano at her Toronto Conservatory exams and was invited to continue studies in Toronto.

After grade 11, Mary went to the Normal School (teacher's college) and received her music teaching certificate in 1920. Mary began her teaching career in Vegreville, Alberta, returning to Edmonton a few years later, teaching at St. Anthony's School where she had been a student. A new brick school opened in 1925 and was later named Mount Carmel School.

Mary married Edward Patrick Dornan on 20 Apr 1933. They had three sons, Paul, Charles Dennis (Denny) and Gerald Edward (Gerry). She taught with the Edmonton Catholic Board for many years, was a dedicated member of the Catholic Women’s League (CWL) and very involved with St. Anthony’s Church, including as the organist for 20 years. She was also very involved with the creation of a commemorative book for the 75th anniversary of St. Anthony's Church. Mary pursued many musical, artistic, and literary, and was a member of the Women's Musical Club of Edmonton. She was an active volunteer in many organizations, including the St. Joseph Hospital Auxiliary.

Mary was an avid writer and collector of family stories and community histories. Her work as a keeper of histories and stories culminated in a scrapbook-cum-manuscript covering predominantly the history of families in the Stratchona area and St. Anthony's Parish. She also created other scrapbooks pertaining to her Kellet, Wankel and Dornan families.

Dennis (Denny) Dornan was active in the Edmonton Junior Chamber of Commerce, including as Chairman of the Outstanding Citizen’s Committee. He cared for his widowed mother in her later years.

Dennis Dornan is the son of Mary Dornan.

This fonds was donated to the City of Edmonton Archives by Mary Dornan in five donations made between 1981 and 1987. A sixth donation was made by Dennis Dornan in 1999.

The material was arranged by the archivist based on subject.
The photographs were assigned item numbers with the prefix EA-444 and EB-40.

Finding aid available online.
Photographs have been described at the item level; all are available on the online database, with some available in the Reference Room.

Many photographs of EA-444 are duplicates of photographs in EB-40. They are all available as EB-40 in the digital object pdf of the scrapbook. Only those unique photographs in EA-444 were put in the online database.

Formerly known as May Dornan fonds, then as Dornan Family fonds.