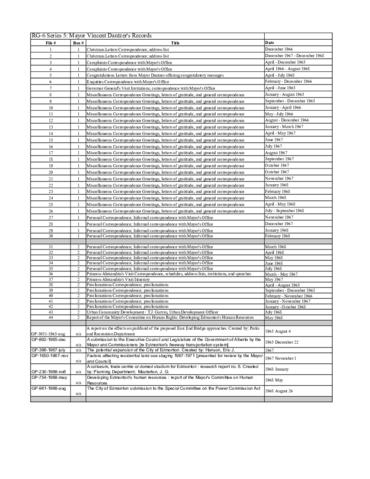 Vincent Dantzer was born 1923 in Rush Lake, Saskatchewan. He served as an Alderman from 1962-1965, and was acting Mayor in 1965 when Mayor William Harewlak was removed from office. Vincent Dantzer defeated William Hawrelak in the 1966 election, and served as Mayor until 1968, when he left municipal politics. While serving as Mayor, Vincent Dantzer also served as President of the Federation of Canadian Municipalities.

This material was transferred to the City of Edmonton Archives by City administration in 1975 and 1977, as well as from the Canada Mortgage and Housing Corporation in 2016.