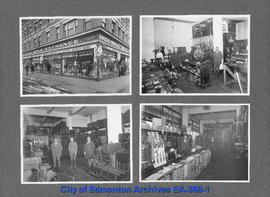 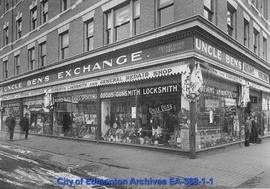 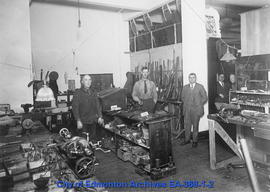 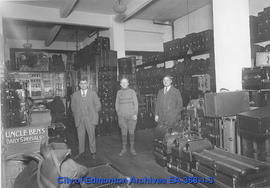 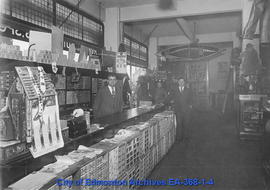 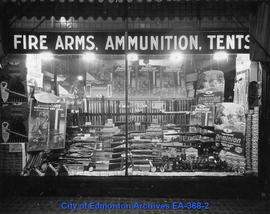 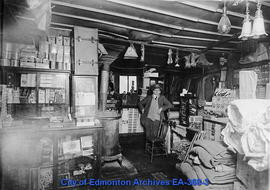 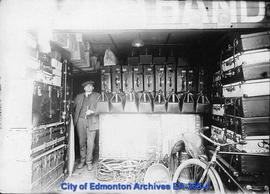 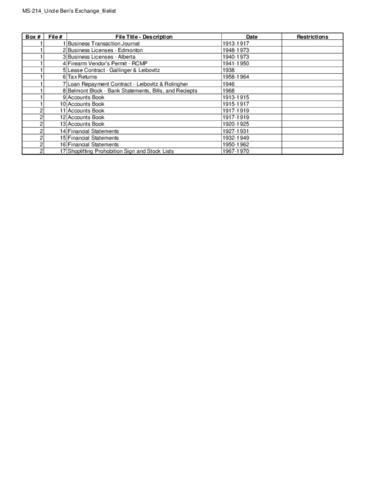 Benjamin ‘Uncle Ben’ Leibovitz was born in Romania and emigrated to Edmonton via New York City in 1911. At some point during the First World War (1914-1918), an arranged marriage brought Benjamin’s wife, Ghizella Rolingher, also born in Romania, to Canada.

During his early years in Edmonton, Benjamin became well-known as a fur trader and outfitter throughout the area. His business, originally named Uncle Ben’s Store, grew through many iterations, including Uncle Ben’s Exchange after Jean Rolinger, Ghizella’s nephew, joined the business, and finally Uncle Ben’s Sporting Goods. The business also operated in several locations, including the Adam’s Building and Belmont Block.

Benjamin was involved in the building of the Jewish community of Edmonton. He was an active member of the Edmonton Zionist Club in the 1920’s, as well as member of the Beth Shalom Building Campaign Committee, and the Treasurer of the Building Finance Committee in 1951. Throughout his life, he was involved in the Talmud Torah, B’nai Brith, Beth Israel, and Beth Shalom congregations.

Benjamin continued daily operations of his business until his retirement in 1976. Uncle Ben’s Sporting Good eventually closed its doors and ceased operations in 1979. Benjamin Leibovitch died two years later, in 1981.

This fonds was donated to the City of Edmonton Archives by Larry Baay in 1977 and by Jean (Gene) Rolingher in 1979.

Finding aid available online.
All photographs in reference room and all online.

Some of the account books have fragile spines that require support when opening.