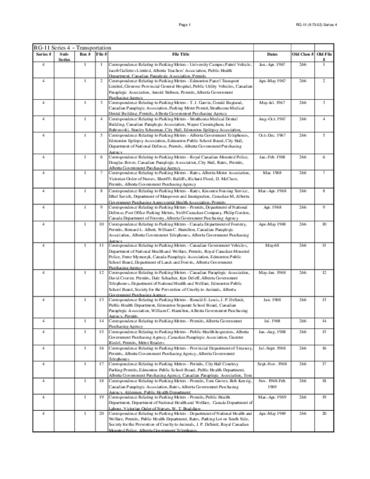 4.2 Public Transit
This subseries consist of records relating to the Edmonton Radial Railway system, and the street car and bus service in Edmonton, later known as the Edmonton Transit System.

This material was transferred to the City of Edmonton Archives in 1973 by the Office of the City Commissioner.

This material was re-arranged by the archivist between 2007 and 2011 to make it more accessible. The original class and file numbers have been retained in columns on the right hand side of the finding aid.
The cartographic material was assigned item numbers with the prefix EAM-6 and EAM-145.