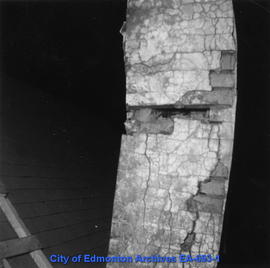 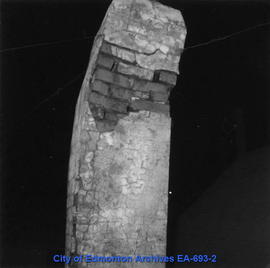 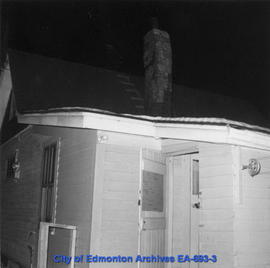 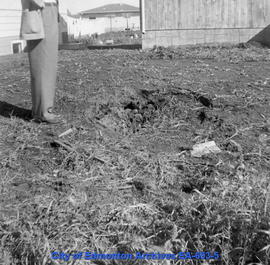 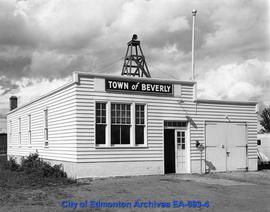 The first residents of European origin in the Beverly area settled on River Lots 36, 38, 40, and 42, which were surveyed in 1882. Beverly was named by the Canadian Pacific Railway in 1904 after Beverly Township in Ontario. In 1906 Beverly was incorporated as a hamlet. More settlers arrived, lured by rich soil, coal seams, and cheap land in comparison to Edmonton. The Village of Beverly was incorporated in 1913 with the amalgamation of the sub-divisions of Beacon Heights, Beacon Heights Annex, Beverly Heights and Beverly Heights Annex. Using 50th St. as its western boundary with Edmonton, the new village of Beverly was populated by over 400 residents and already had several churches, stores, and a school. The newly created community elected a three member village council, which immediately borrowed funds for the construction of public improvements such as sidewalks, drains, and ditches. In 1914, the population had grown to 1000 and the community was incorporated as the Town of Beverly.

The first Town Council consisted of 7 individuals (Gustave C. Bergman, Mayor and Chairman of the Finance Committee; T. Booker, Chairman of Public Works; J. W. Lightfoot, Chairman of Health and Safety; J. Jack; R. Weir; W. Manning; and P. Richards). While Council provided leadership, the Town staff was lead by a Secretary-Treasurer, who was responsible for day-to-day operations. This included overseeing the Police and Fire Departments, issuing building permits, collecting taxes, ensuring the provision of infrastructure and other local improvements, and corresponding with residents and officials from various public and private entities.

In an attempt to generate revenue and provide employment, the Town of Beverly partnered with Beverly Limited to form the Beverly Coal Mine in 1931. Over the next few years the Depression and financial mismanagement resulted in the Town being heavily in debt with virtually no income. As a result, in 1937 administration of the Town was taken over by the Province. Provincial administration continued until 1949 when the Town reverted to an elected mayor and town council.

In the post-war boom Beverly’s fortunes improved, and in 1947 Beverly finally received electricity (courtesy of Calgary Power Ltd.) and natural gas. In 1951 the Town annexed 300 acres of urban and industrial land to the north and east, and two years later construction began on a water and sewer system connecting to the City of Edmonton municipal water system. In the late 1950s and early 1960s Beverly embarked on an ambitious building program, constructing many kilometres worth of roads, sidewalks, curbs, gutters, and lighting improvements. On December 30, 1961 the Town of Beverly joined with the City of Edmonton. The City of Edmonton absorbed the Town’s 30 employees, as well as the Town’s debts.