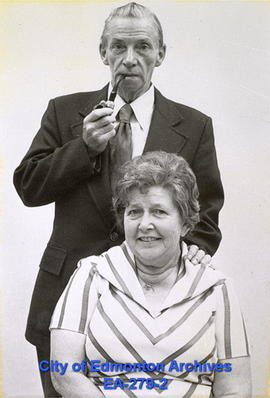 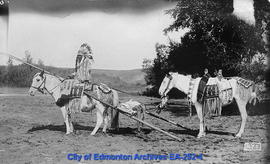 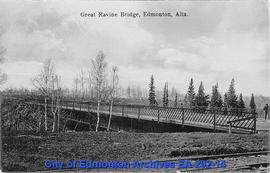 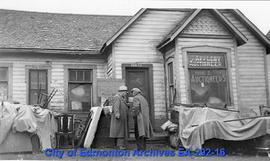 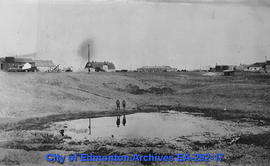 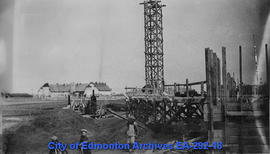 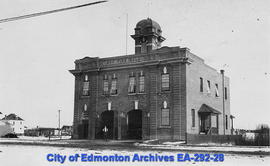 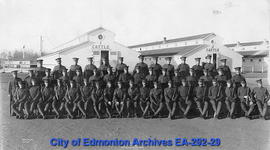 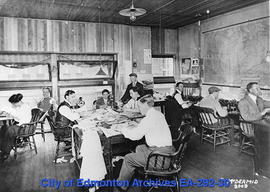 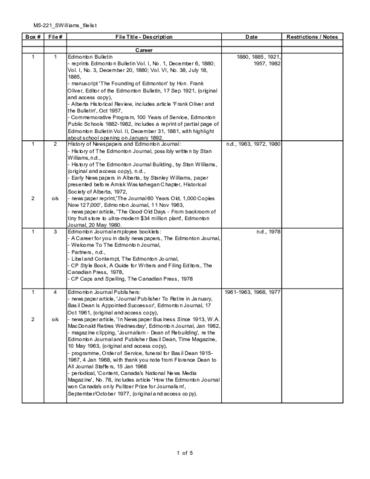 Stanley (Stan) Arthur Williams was born on 14 Apr 1916 to Ethel Scarfe and Frank Williams in Summerland, British Columbia. His father was a newspaperman and owned many small newspapers. As a young man, Stanley worked by his father’s side learning every aspect of the newspaper trade.

By the late 1930’s Stan was working as a photographer for the Vancouver Sun. In 1940 Stan married Margaret Giles in St. James Church in Vancouver, British Columbia. They had four children – Diane, David, Jean, and Patricia.

Stan and Margaret co-authored a travel series in the paper. Their first destinations were reached by road pulling their trailer, earning them the title of ‘Six Wheels’. Stan was also a church leader, as well as highly interested in history. Stan and Margaret received a Recognition Award from the Edmonton Historical Board in 1976.

Stanley Arthur Williams died 9 May 2007 and he is buried at the Beechmount Cemetery in Edmonton.

This fonds was donated to the City of Edmonton Archives by Stan Williams
in eight donations made between 1976 and 1987.

The material was arranged by the archivist by subject.
The photographs were assigned item numbers with the prefix EA-279 and EA-272.

File list available online.
Photographs have been described at the item level; some are available on the online database, with the remainder available in the Reference Room.