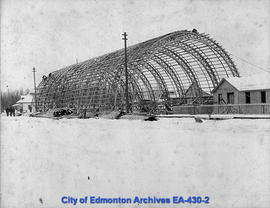 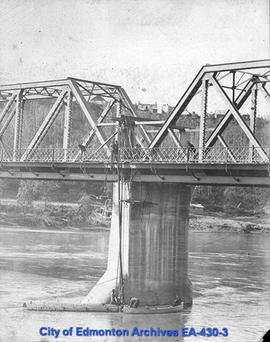 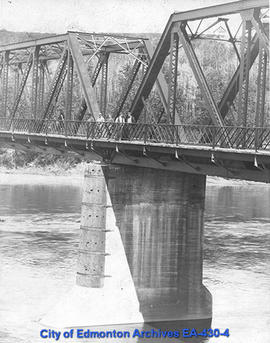 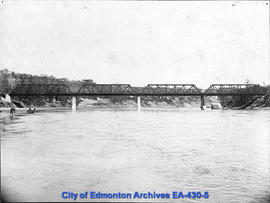 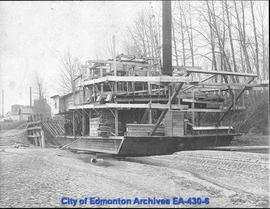 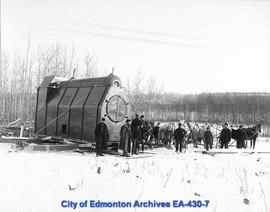 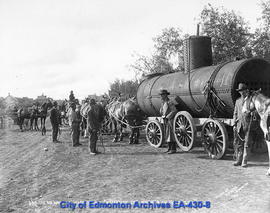 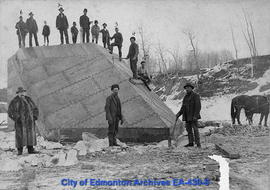 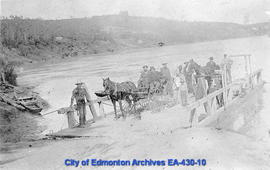 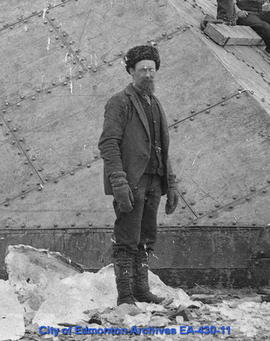 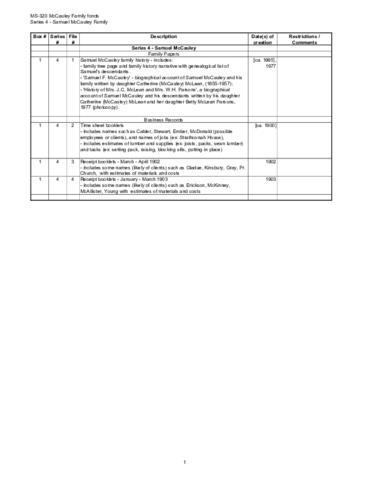 Samuel McCauley was born 18 Sep 1855 to Eleanor Latimer and Alexander McCauley in Owen Sound, Ontario. Following in his brother Matthew’s footsteps, Samuel came to Edmonton in 1892 with his family. Upon first arriving in Edmonton he got a job running the Lower Ferry (near the site of the Low Level Bridge) and then worked as a teamster. In the mid to late 1890s, he created a business specializing as a house mover and contractor.

Samuel McCauley’s business included construction of homes and large buildings, such as the Thistle Rink, and hauling large items including houses and heavy machinery. Younger brother Alex McCauley, a carpenter, worked for Samuel and upon Samuel’s death in 1903, he took over the business. The business was operational until Alex’s death in 1908.

Jean McLean Saville is the daughter of Catherine A. McCauley and granddaughter of Samuel McCauley.

This series was donated to the City of Edmonton Archives in two donations made by Jean McLean Saville in 1981.