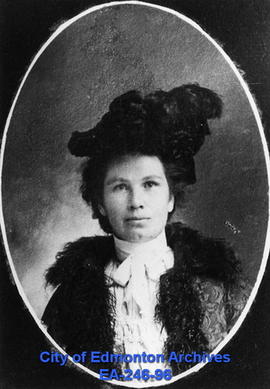 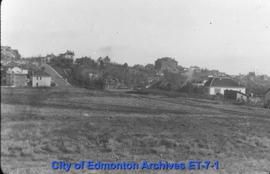 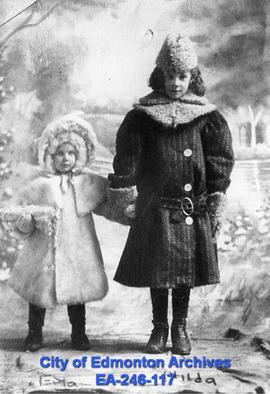 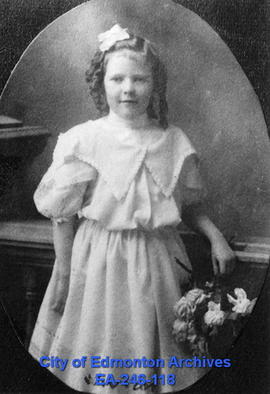 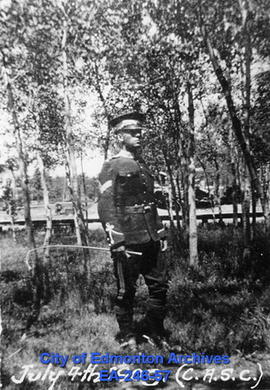 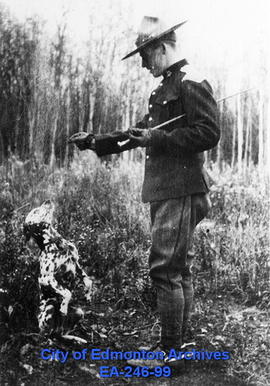 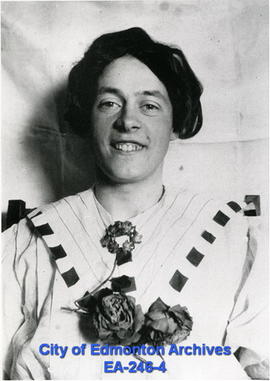 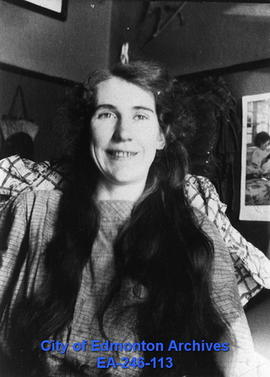 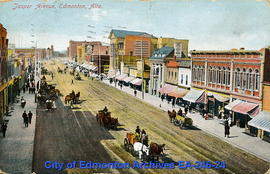 1.5 m of textual records and other material

Winnifred moved west around 1904, first working for the Winnipeg Grain Exchange. Around 1909 she met Harold Osbourne Ross. In 1911, Winnifred Thompson and Harold Ross married and they settled in Edmonton. By this time some of Winnifred’s siblings had also come west, namely Abraham, Adelaide, Wilfred, and Keith. The last of the family, Winnifred’s parents George and Zelia, and her brother Hector, came west the following year. In 1914, Winnifred and Harold had a daughter – Jeane Alberta.

When Harold Ross was killed in action in France in WWI in 1917, Winnifred settled in Millet, where she owned and operated a farm with other members of her family. The Ross-Thompson farm operated for over 50 years and many of the family members were highly involved, and highly respected, in the local farming community.

John Thompson is the son of Jeane Ross Thompson.

The fonds consists of textual records and photographs of the Ross and Thompson families, predominantly Harold and Winnifred Ross, and Winnifred's brother Hector Thompson.

This fonds was donated to the City of Edmonton Archives by Jeane Thompson in three donations made between 1975 and 1976, and one donation made by John Thompson in 1977.

The material was arranged by the archivist by family and then by date.
The photographs were assigned item numbers with the prefix EA-246 and ET-7.

This fonds was formerly known as the Jean & Hector Thompson fonds.
The records of former MS-123 Harold O. Ross fond were repatriated into this MS.