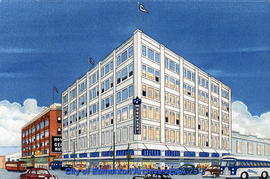 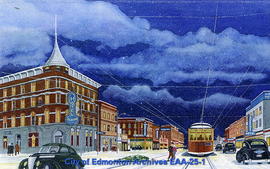 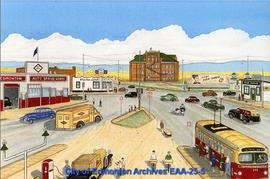 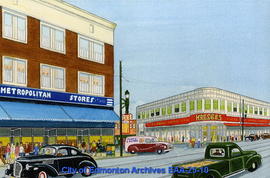 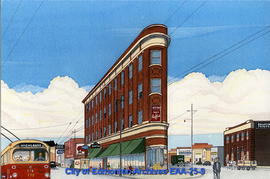 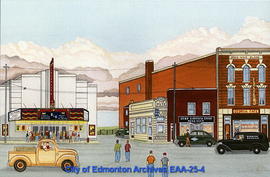 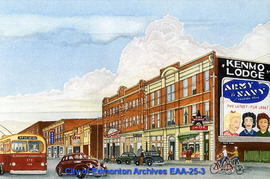 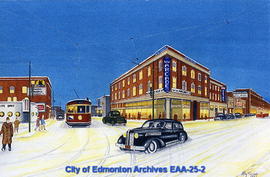 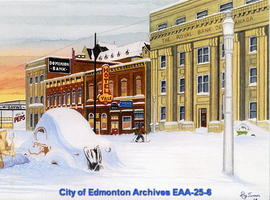 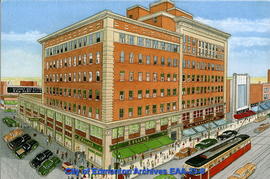 Reginald Turner was born in Fort Saskatchewan in 1931 and moved to Edmonton in 1941, remaining a proud Edmontonian ever since. Reg worked for the City of Edmonton Fire Department, retiring in 1989. In the mid-1990s that he discovered the joy of watercolour painting. His paintings portray Edmonton as he recalls it in the 1940s. His intent is to portray his paintings in a manner that is pleasing to the eye, and hopefully satisfying to those who want to ponder the past. He often prints his watercolour drawings as Christmas Cards and encloses stories or reminiscences to accompany the drawing, which he then sends to family and friends.

Reginald Turner married Doris Patricia Bannister in 1953. They had one daughter, Diane. Doris Turner died in 2015.

This fonds was donated to the City of Edmonton Archives by Reginald Turner in nine donations between 2005 to 2013.

The material was arranged according to the filing system of the creator.
The artwork was assigned item numbers with the prefix EAA-25.

See Scope and content above.
Artwork has been described at the item level and is available in the online database.

This MS was formerly Hal Pawson - City Public Relations fonds - those records have been repatriated to RG-21..