Plaque on Memorial to the Old Donald Ross Hotel

Plaque is on the memorial fireplace to mark the original site of the hotel. 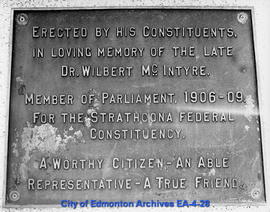 Dr. Wilbert McIntyre was Member of Parliament, 1906-09, for Strathcona. 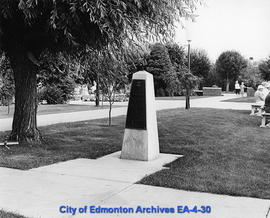 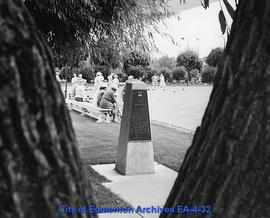 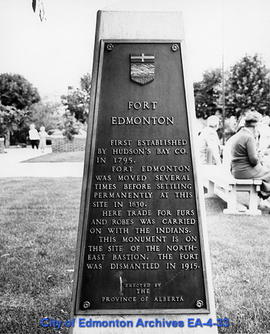 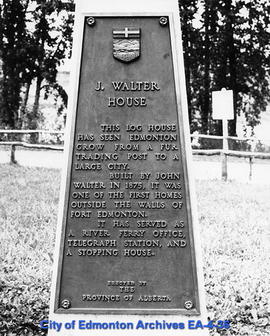 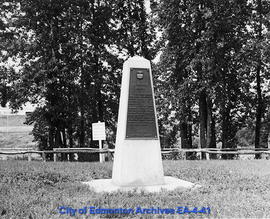 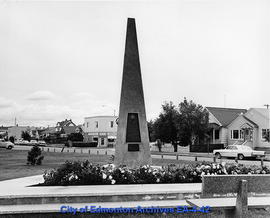 Located south of Borden Park. The memorial was erected by the Alberta Safety Council, the Edmonton Kimwanis Club and the City Archives & Landmarks Committee.

Howard Stutchbury arrived in Edmonton in 1902 and shortly afterwards became prominent in business and public service. In 1915 he was appointed secretary-manager of the Alberta Returned Soldiers' Commission. Five years later he was made the Alberta Trade Commissioner, a position he held until the office was abolished in 1936. He then became the secretary of the Edmonton Safety Council, and in 1955 he was appointed the Director of the Alberta Safety Council. Mr. Stutchbury was prominent in music circles and, in association with Vernon Barford, he founded the Alberta Music Festival in 1908. He was a lifetime member of the Canadian Manufacturers Association and was chairman of the Alberta and Edmonton branches. He was also an honorary president of the Canadian Legion and Lieutenant-Governor of the Tuxis Parliament of Alberta. 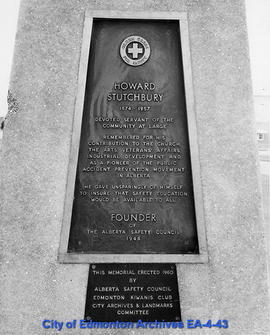 Plaque of the Stutchbury Memorial

Located south of Borden Park. The memorial was erected in 1960 by the Alberta Safety Council, the Edmonton Kiwanis Club and the City Archives & Landmarks Committee. 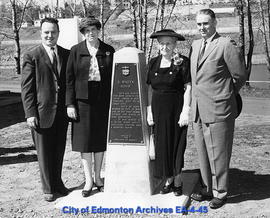 Unveiling of the John Walter Cairn