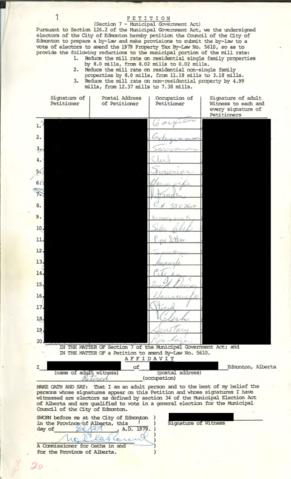 This series contains petitions submitted to City Council. It includes the following:

This material was transferred to the City of Edmonton Archives by the Office of the City Clerk between 1992 and 2009.

This material is restricted under FOIP.

Due to the restricted nature of the files, redacted samples have been digitized for the benefit of researchers.