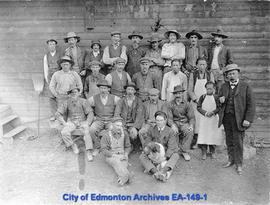 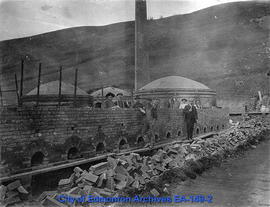 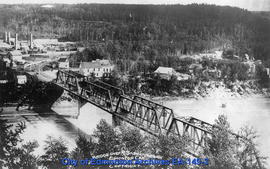 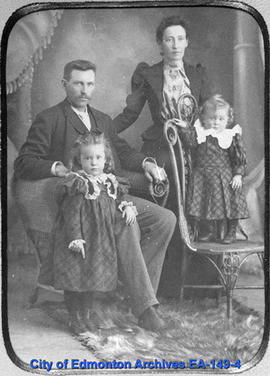 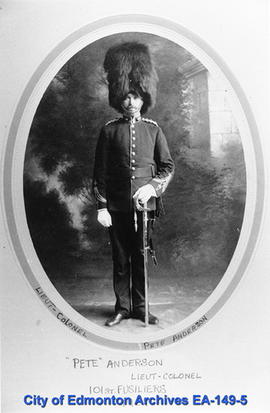 Peter Klaus Anderson was born in Havendrup, Svendborg on the island of Funen, Denmark, 24 Apr 1868 to Niels Jorgen Anderson and Anna Clause. He immigrated to Canada in 1888, first working in Winnipeg, then later hunting and trapping in northern Manitoba. He arrived in Edmonton about 1891 and by 1901 had established his own brickyard, called the Anderson Brickyard in Strathcona.
Me married Mary Anne Allen on 2 Jan 1895 and they had four children, Jennie, Albert (Bert), Ethel and Francine.
He enlisted, wrote the military officer’s examination and joined the 101st Edmonton Fusiliers in 1907, which went on active service as the 9th Battalion, Canadian Expeditionary Force. In 1914 he was part of the first contingent of Canadian soldiers in World War I to go overseas serving as a major in the 3rd Canadian Brigade. In England his regiment was dismantled and Anderson was assigned to the 3rd Battalion, Queens Own Regiment. He was taken prisoner on 24 Apr 1915, during the second battle of Ypres in Belgium and spent three months in a German prisoner-of-war (POW) camp. He escaped from the German prisoner-of-war camp at Bischofswerda, near the Bohemian border with Austria-Hungary. He travelled on foot and by rail to Flensburg, in Schleswig, then walked across the border to Denmark. He made his way back to England where he was then received by the King of England and decorated. He was the first Canadian to successfully escape from a German POW camp.
He subsequently served with the Canadian Training Division, Shorncliffe, England as Officer Commanding, Sniping and Scout Classes, with military intelligence and in the Allied intervention in northern Russia during the revolution. He was a Lieutenant Colonel at his discharge. He returned to live in Edmonton, Alberta.
Mary Anne Allen Anderson died 24 Jun 1931 and Peter retired to Vancouver, B.C. Peter Anderson died 6 Aug 1945.

This fonds was donated to the City of Edmonton Archives by Ethel (Anderson) Moore from 1961 to 1975, and Richard York Secord in 1963.

The photographs were assigned item numbers with the prefix EA-149.