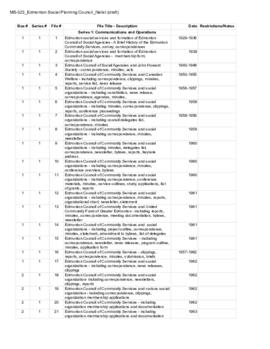 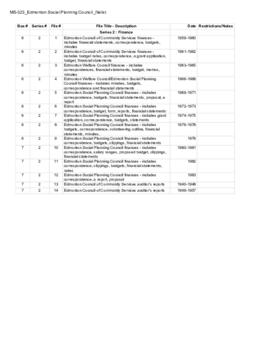 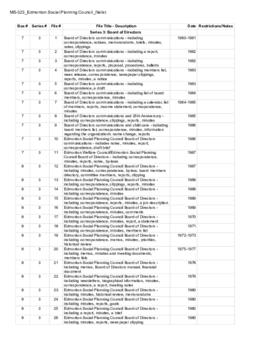 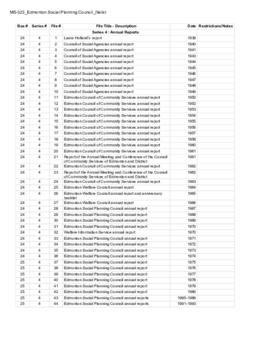 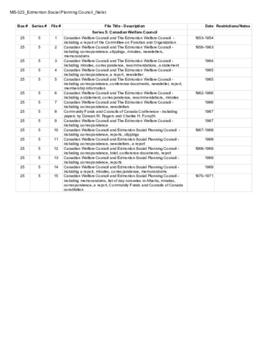 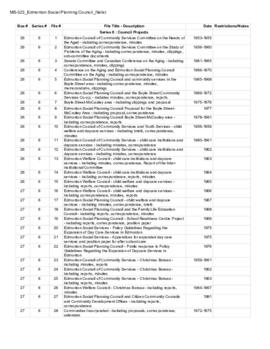 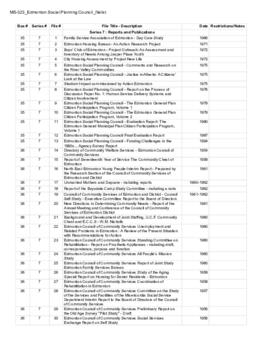 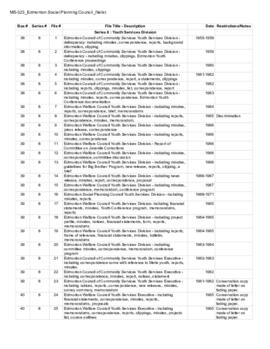 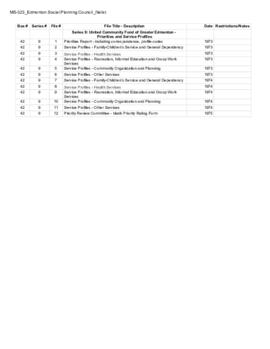 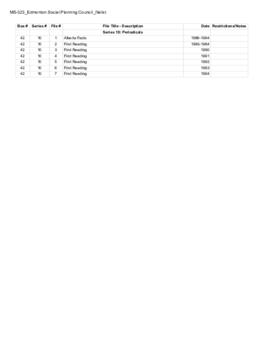 The idea of a social planning agency for Edmonton first originated in 1928 when the Social Services Council of Canada and concerned citizens and church organizations formed a social services council for Northern Alberta. Unfortunately, the depression of 1929 delayed any efforts to form such an agency for the next ten years. Due to pressing social issues, the idea re-emerged in 1939 and local social service agencies agreed to the formation of the Edmonton Council of Social Agencies. At the time, the Council of Social Agencies was created to help coordinate social services and prevent redundancies.

Due to the Second World War and Canada’s involvement, the Council worked to provide relief services in the 1940s. In 1941 the Community Chest of Greater Edmonton was established to facilitate a central collection of funds for various social agencies associated with the council.

Throughout the years, the Council has changed its orientation in order to adapt to changing social conditions. In its early years, it acted as a coordinating body for other social agencies but relinquished this role in the 1960s in order to become more involved with research and planning. The Council looked to take on more advocacy work for marginalized communities including the Boyle Street population, Indigenous people, women, and youth. The Council conducted a wide range of studies on social issues in Edmonton including daycare, aging, the juvenile court system, family, disabilities, addiction, and inner city problems. These studies influenced the formation of social policies at both the provincial and municipal level. In 1963 the Council changed its name to the Edmonton Welfare Council, before being renamed once again in 1967 and finally becoming the Edmonton Social Planning Council. In 1968 the Council published the Bluebook in order to assist youth in understanding their legal rights.

In the 1970s, looking to apply the research and planning it conducted, the Council began to advocate for organizations and neighbourhood groups throughout Edmonton. Through these activities the Council assisted in the establishment of the Sexual Assault Centre, the Society for the Preservation of Architectural Resources in Edmonton, and the Catalyst Theatre. The Council also helped organize the Mayors Neighbourhood Planning Conferences, the Citizen and the Citizen Participation Program of the City’s General Municipal Plan.

In the 1980s the Council worked to evaluate both existing and proposed social policies and to meet both the organizational and skill development needs of voluntary agencies. In 1982 the Council published the first issue of its newsletter, First Reading, which would run until 1998.

The Council's role has been continually modified in order to deal with the current needs of the Edmonton population. It has continued to approach emerging social issues, to search for solutions, and to undertake numerous worthy research projects. The Council today is an independent non-profit organization which conducts research on social issues, creates public awareness and understanding of current social issues, and encourages participation through creating social policies and implementations of programs. In the 2000s the Council began to focus on low income and poverty, as well as advocating for data-driven social policy analysis.

Executive Directors of the EPSC:

The fonds consists of the records from the Edmonton Social Planning Council (E.S.P.C.) from its inception to the early 1990s. The records within the fonds capture the changing activities and functions of the Council throughout its history and its work in social welfare. The records include correspondence, administrative records, reports, studies, minutes, newsletters, publications, financial records, directories, manuals, bylaws, clippings, memorandums and briefs. Also included in the fonds are photographs of an annual meeting and housing in Edmonton.

Fonds was donated by the Edmonton Social Planning Council in a series of donations between 1978 and 1994.

This material was arranged by the archivists by type of record and content.

Fonds contains discriminatory language. Content warning: some content discussed and found within this fonds may be offensive to researchers. Some files are labelled however, due to the wide range of topics covered throughout not all files are individually labelled.

Conservation copies made by archivists of some newspaper clippings and faded correspondence.