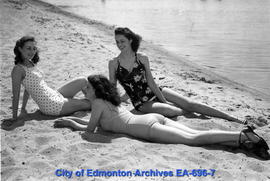 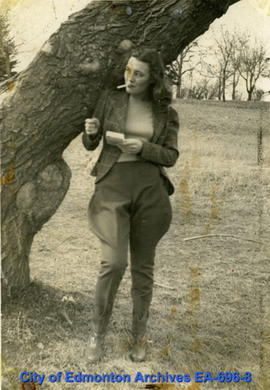 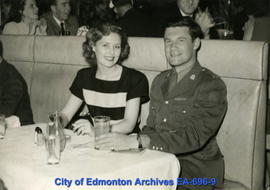 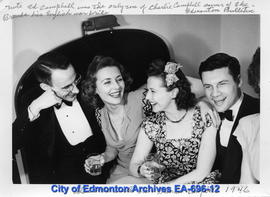 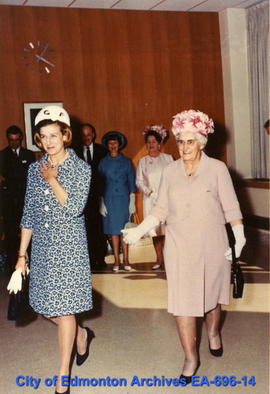 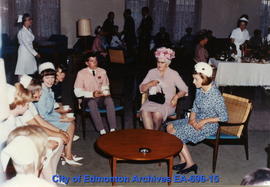 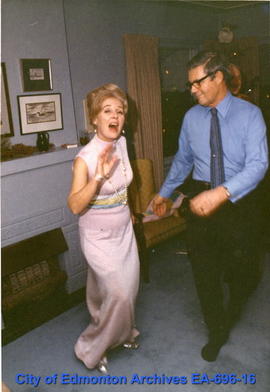 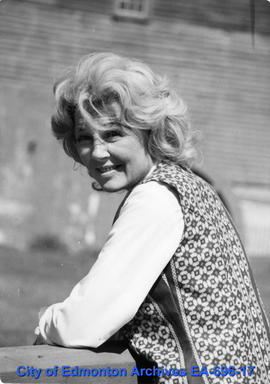 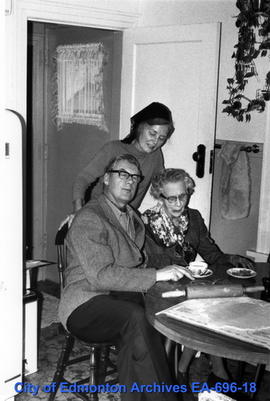 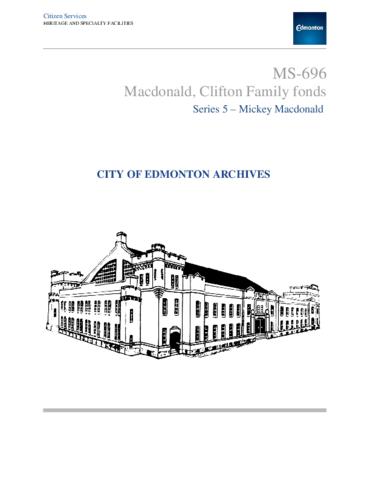 Marguerite Irene 'Mickey' Clifton was born 26 Jun 1919 to Faith Irene Howay Clifton in Regina, Saskatchewan. She moved with her mother and sister, Vernis, to Moose Jaw, and then to Edmonton, Alberta in 1932. She began her acting career in high school, probably encouraged by her mother's involvement in theatre, performing in school and amateur community productions.

She met Alan Macdonald in 1937 while they were preparing for the play 'And So To Bed' for the Edmonton Little Theatre's 1937/1938 season. They performed together for the first time in 'Ali Baba and the Forty Thieves' in Feb 1938.

Mickey Clifton and Alan Macdonald were married 17 Feb 1939 in Edmonton.

When the Second World War broke out, Alan served as an officer with the Loyal Edmonton Regiment, and in staff positions in England, Italy, and Northwest Europe. In 1942, while Alan was still in Europe, Mickey went to Toronto to perform in radio dramas. She then went to New York to try to break into professional theatre. Mickey trained as the Academy of Dramatic Arts at Carnegie Hall, then took parts in summer stock at Cedarhurst, New York, interspersed with modeling work.

Mickey made her Broadway debut in 'A Highland Fling', a George Abbott production, in 1944. She performed in two more Broadway productions, 'Men To The Sea' and 'Sophie Lalenczik, American', for which she was noted as an Especially Interesting Performance in George Jean Nathan's Theatre Book of the Year, 1943-1944 (p. 341). She had opportunities to try for a movie career with the David O. Selznick organization, and other offers of television roles.

Mickey resumed her acting career, working with her mother, Faith Clifton, to stage amateur productions with Edmonton Community Theatre (formerly named the Edmonton Little Theatre). Later she became a founding member of Circle 8 Theatre, and Edmonton Theatre Associates. She found increasing opportunities as a professional actor with Edmonton's Citadel Theatre and other professional companies, and CBC Telelvision, as well as directing and teaching.

When Alan retired as City Solicitor from the City of Edmonton in 1973, Mickey and Alan moved to Victoria, British Columbia. Though based in Victoria, Mickey continued to work in theatre, in various locations across the country, and often returned to Edmonton to perform at the Northern Lights, Mayfair, and Citadel theatres. Mickey retired from acting in 1983, after nearly 50 years in theatre.

In 1997, Mickey worked with the City of Edmonton to have a park named after her mother, Faith Clifton, and her late husband, Alan Macdonald, in recognition of their contributions to the cultural and political development of the city. The Faith Clifton / Alan Macdonald Memorial Park in located at 13725 - 101 Avenue in Glenora. Mickey received a Cultural and Performing Arts Award from the City of Edmonton in 1974, and was inducted into the Edmonton Cultural Hall of Fame in 2003.

The material was arranged by the archivist by subject, then by date.
The photographs were assigned item numbers with the prefix EA-696 and ET-25.