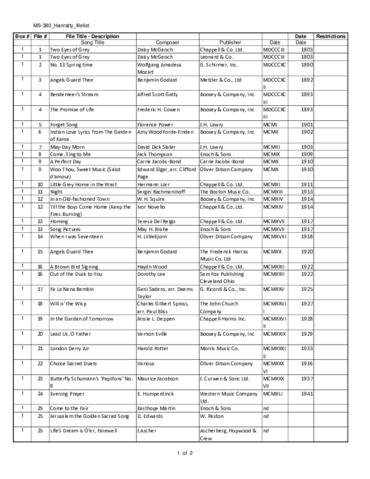 Mary Gladys Young was born 8 Oct 1914 in Calgary, Alberta. She grew up on a dairy farm near the community of Cayley, Alberta. In 1938, Mary Young married Wilfred J. Hanratty in Calgary, Alberta. Mary and Wilfred lived in North Battleford and Moose Jaw, Saskatchewan, and they had three sons, Michael, Gordon and Peter. During the Second World War, Mary worked for Canadian Bakeries, where she honed her skills in cake decorating and baking.

In 1951, the Hanratty family moved to Edmonton. Mary and Wilfred opened the House of Hanratty Personalized Catering in McCauley Plaza (now Telus Plaza). To gather her clientele, she would follow newspaper engagement announcements and offer her talents to the announced couples. Soon Hanratty was in great demand, creating not only cakes, but also sandwiches and hors d'oeuvres.

Mary became known as Edmonton's 'Queen of Caterers' as by 1957, Hanratty's Catering was serving 75,000 patrons per yer, largely due to Mary's contributions catering extravagant events around Edmonton, often in the wealthiest of homes. Hanratty catered the opening of the provincial Legislature for 40 years, as well as City events for foreign dignitaries, and three occasions for visiting royalty. She also opened the Wild Rose Room, and Hanratty's Tea and Pastry Shop.

Mary Hanratty was a Life Member of Soroptimist International, Canadian Restaurant Association, and the Robertson-Wesley Church. She was a recipient of the YWCS Women of Distinction, and Chatelaine's Women On The Go Award for outstanding Canadian women.

Hanratty was also a member of the Women's Musical Club of Edmonton, and the Edmonton Opera Association. As some of the music pieces are annotated with 'May Young', including some pieces that predate her birth, and as the majority of records are from the time period before she married, it is likely music was also a significant part of Mary's early life on the farm in Cayley, Alberta.

Note: some of the pieces are annotated 'Mary Walker', but in the same handwriting as 'May Young'. It is possible Mary's father died, and Mary gained a stepfather, but it is not possible to verify at this time.

The fonds was donated to the City of Edmonton Archives by Mary Hanratty in 1988.

The material was arranged by the archivist in chronological order.