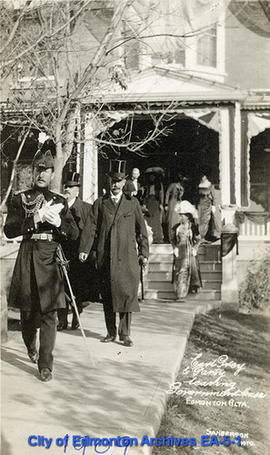 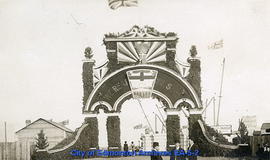 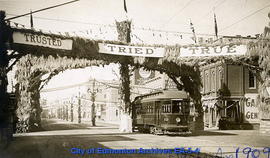 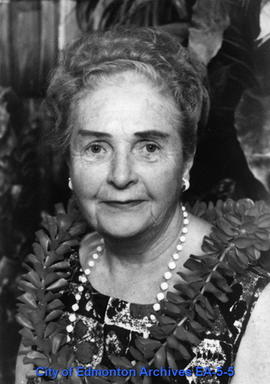 Mabel Gertrude Payne (‘Gertrude’) was born 15 May 1897 to Emma Brigley and Hall John Payne in Uttoxeter, Staffordshire, England.
In 1919 she married Paul Ragan (born Hastings NB) in Uttoxeter, Staffordshire, England when Paul was serving with the 49th Batt. CEF during World War I. They had three children - Henry, Stan and Paula.
Gertrude was active in community work, including war work for the Navy League Association, United Services YMCA Club (she was Publicity Convenor), Edmonton Garrison Hostess Committee and the Canadian Red Cross.
She served as a city election worker through many elections, as Secretary to the City of Edmonton Archives and Landmarks Committee (1962-1966) and as a volunteer at Fort Edmonton (ca. 1976). She was, with her husband, a long-time Liberal, serving as President, Alberta Women's Liberal Association (ca. 1957-1959).
Mabel Gertrude Payne Ragan died 12 May 1994 in Vancouver, B.C.

Stan Ragan is the son of Mabel Gertrude Ragan.

The fonds consists of records collected by Gertrude Ragain or used by her family, including:

This fonds was donated to the City of Edmonton Archives by Mabel Gertrude Ragan in 1965 and 1973, and Stan Ragan in 1976.

The material was arranged according to the filing system of the creator.
The photographs were arranged in chronological order and assigned item numbers with the prefix EA-5.