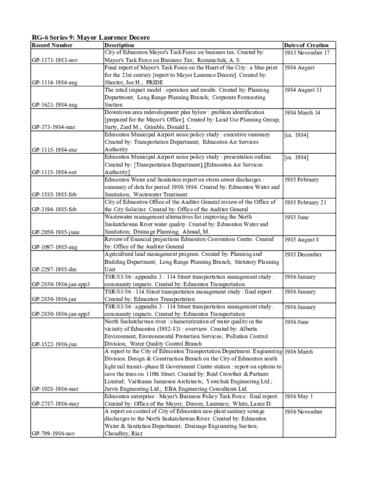 Born in 1940 in Vegreville, Alberta, Laurence Decore was a successful Edmonton lawyer and businessman before winning a position as Alderman in 1974. The following election he ran for Mayor, but was narrowly defeated by Cecil Purves. In 1983 he ran against Cecil Purves again, this time winning the Mayoral election. Laurence Decore resigned as Mayor in 1988 to enter Provincial politics, where he became a Liberal MLA and the Liberal party leader. Decore served as an MLA until 1997, when he chose not to run again. He passed away in 1999.

This material was transferred to the City of Edmonton Archives between 1986 and 2014.