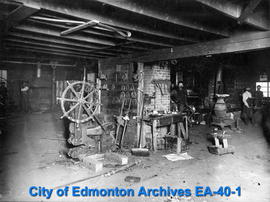 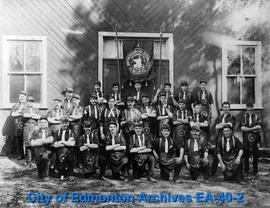 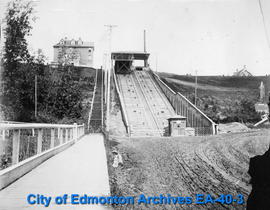 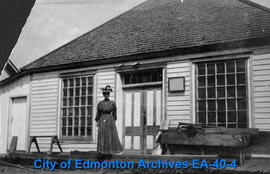 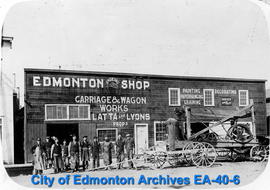 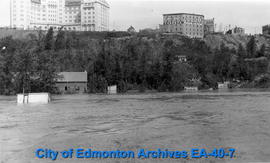 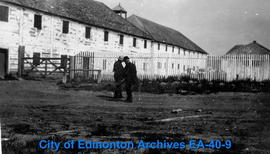 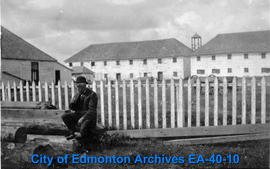 David Gilliland Latta was born 11 Nov 1869 to Elizabeth Lockhart and Alexander Latta in County Wexford, Ireland. He arrived in Canada in 1888. He worked as a lumberman in eastern Canada, served a three-year term with the North West Mounted Police and operated a sheep ranch before moving to Edmonton in 1897. David Latta started his own blacksmith and carriage shop and was later joined by John H. Lyons to form the company of Latta and Lyons, 1906-1912. He then established D.G. Latta, Limited, which he operated until his death in 1948.

Around 1896, David G. Latta married Jessie Scott Wuttanee and they had two daughters Elizabeth Hazel and Jessie. Jessie Wuttannee Latta died in childbirth in 1899. She is buried in the Edmonton Municipal Cemetery. Later that year, David G. Latta married Emily Decoteau in Edmonton. David and Emily would have eight children – David, Eva, Alexander (Sr.), Katharine, William, Ernest, Walter and Ruth. There were three other children who died as infants.

The Latta Bridge at 91 Street and Jasper Avenue was named in honour of David G. Latta.

The fonds consists of a business document from D.G. Latta Ltd., biographical information on David G. Latta and reminiscences by Alexander Latta Jr. and a commemorative medal.
The photographs include the Latta family, home and businesses, as well as Alex Decoteau (Emily Decoteau Latta’s brother) and some Edmonton street scenes and events.

This fonds was donated to the City of Edmonton Archives by Jessie Sturrock in 1968 and by Alex Latta Jr. in seven donations made between 1977 and 2002.

The material was arranged by the archivist based on creator
The photographs were assigned item numbers with the prefix EA-40 and EA-302.

Some of the records were formerly known as MS-189 Mrs. D. Sturrock fonds. Those records have been repatriated to this fonds.