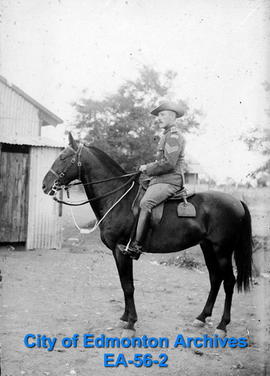 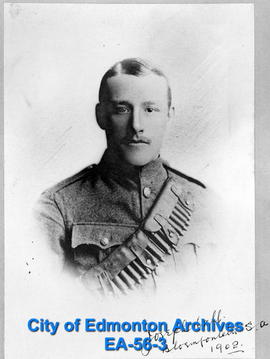 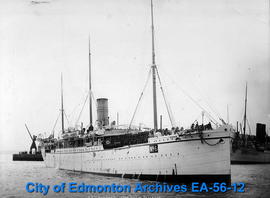 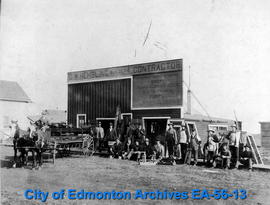 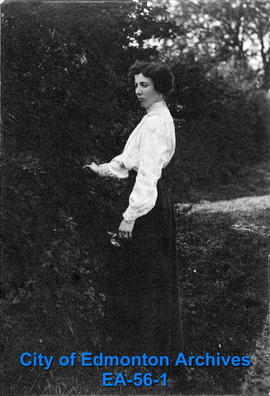 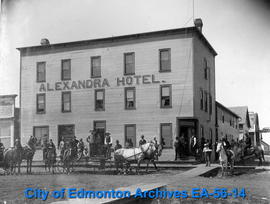 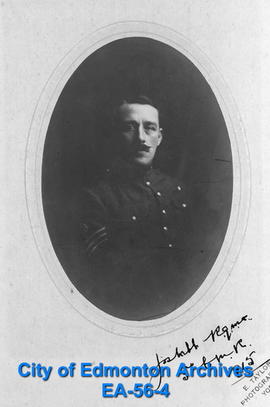 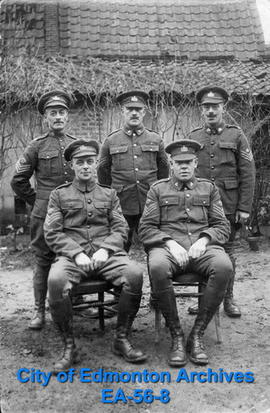 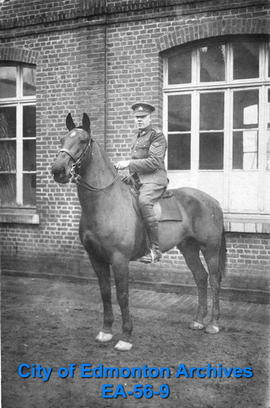 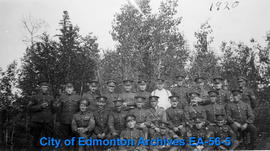 Joseph Webb was born in London, England in 1884 to ? Curley and ? Webb. He joined the British Army in October 1898 and served in the Boer War. Upon termination of his service in the Army Service Corps in 1906, he was transferred to Army Reserve. Joseph Webb immigrated to Canada around 1909.

Alice Beatrice Millis was born 14 May 1879 to ? and William Millis in Howden, England. Alice immigrated to Canada around 1909.

Joseph Webb married Alice Beatrice Millis in 1910 in Edmonton. Alice and Joseph had one daughter – Ellen. Joseph worked as a clerk at the Dominion Lands Office

Joseph joined the Canadian Expeditionary Force in December 1914 and served in France as an RQMS (senior assistant to the quartermaster). He was discharged on 27 Apr 1919. While he was in military service, his wife and daughter lived in Hull, England.

After Joseph’s military service, the family returned to Edmonton and Joseph resumed his position as a clerk at the Dominion Lands Office. The family first lived at 10523 – 100 Avenue in Edmonton, then moved to 10420 – 100 Avenue.

Joseph and Alice moved to Vancouver in 1931. Joseph worked as a clerk at the Shaughnessy Hospital in Vancouver until retirement in 1947.

The material was arranged by the archivist by date.
The photographs were assigned item numbers with the prefix EA-56.