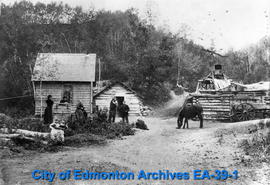 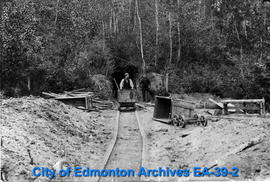 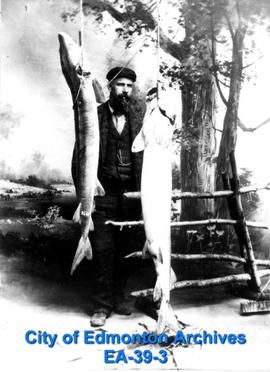 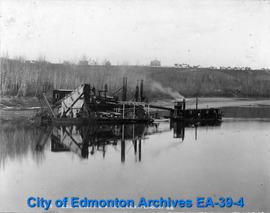 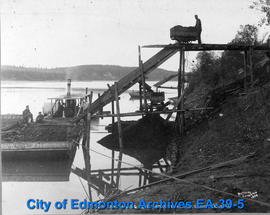 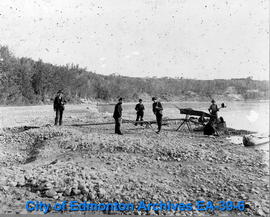 John Milner was born on 13 Dec 1849 in Yorkshire, England to Harriet Gallier Pimm and John Milner. He married Mary Ann Wilson Smith in 1870 in England. They would have 11 children.
John Milner was successful in the coal business in his native Yorkshire, but decided he could do better in Canada. He first went to Colorado for a few years then came to the Edmonton area with two of his adult children, William and Mary Ann, in 1895.
The following year he purchased land on the west side of the Latta Ravine that was part of River Lot 20 (known now as Riverdale) from Kenneth McDonald. John and his son William worked the mine. It became known as Milner’s Mine and the area often referred to as Milner’s Hill.
The coal mine was so successful John Milner convinced another son, Joe, to come to Edmonton from Colorado to join him in business. Joe Milner traded a purebred Ayrshire cow to McDonald in exchange for another parcel of land in River Lot 20. Milner and his sons continued to mine the area until the early 1900s, by which time they were operating other mines in the Clover Bar area.
The original Milner mine on Milner’s Hill was later part of the Edmonton Penitentiary grounds, where prisoners were involved in mining for coal to heat the penitentiary. The area is approximately where Clarke Stadium is today.
John Milner died in Edmonton 17 Jun 1926.

Mrs. W. Milner is a granddaughter-in-law to John Milner.

This fonds was donated to the City of Edmonton Archives by Mrs. W. Milner in 1968.

The photographs were assigned item numbers with the prefix EA-39