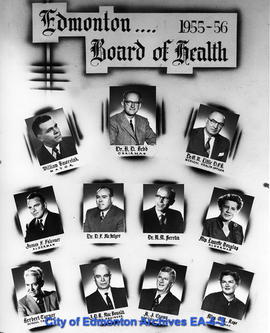 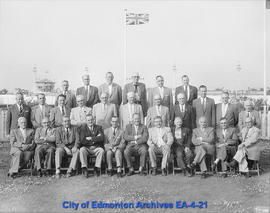 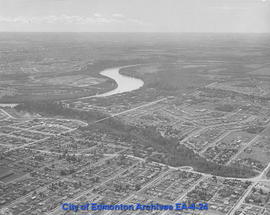 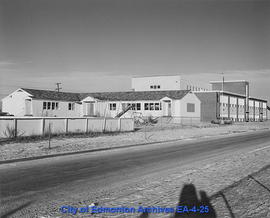 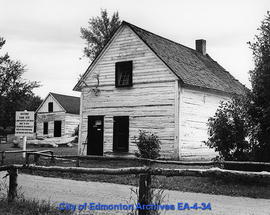 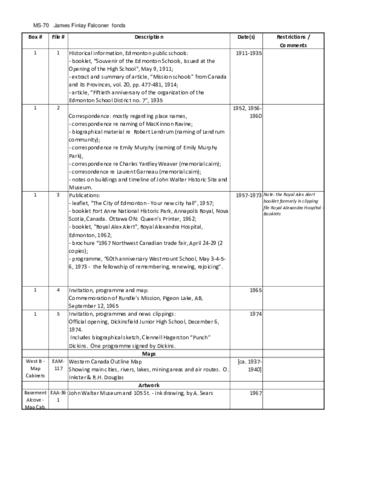 3 cm of textual records and other material

James F. Falconer was born in Ireland in 1916 and moved to Edmonton in 1929. He worked in the Edmonton Power Plant and then for the provincial Department of Labour and Industry. He was appointed a member of the Alberta Liquor Control Board in 1958, rising to Vice-Chairman in 1961. He was named the first chairman of the Alberta Health Care Insurance Commission in 1969, retiring from government service in 1973.
He served as a trustee for the Edmonton Public School Board, 1953-1955, 1963-1966 and 1972-1980, serving as chairman three times. He was elected as an alderman in 1955, serving on city council from 1956 to 1958.
Mr. Falconer also served on many civic and educational boards, including the Archives and Landmarks Committee (Chairman), the Edmonton Hospital Board, the Edmonton Exhibition Association, the Edmonton Zoological Society (Chairman), the Alberta Safety Council, the Edmonton Museum Committee and the Northwest Canadian Trade Fair Committee (Chairman).
James and his first wife Eva, had three children - Marion (born ca. 1941), Alan (born ca. 1943) and Dennis (born ca. 1947). Eva Falconer died May 30, 1976. James later married Gladys ?. James Finlay Falconer died in Edmonton 12 Jan 2005.

This fonds was donated to the City of Edmonton Archives by James Falconer in 16 donations made between 1969 and 2004.

The material was arranged by the archivist by type of record and then in chronological order.
The photographs were assigned item numbers with the prefix EA-4.