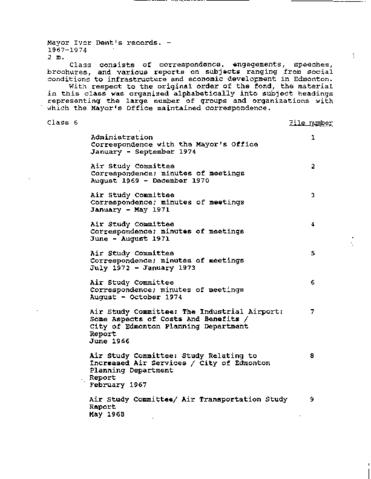 Ivor Dent was born in Prince Albert, Saskatchewan in 1924. He moved to Edmonton in 1952, and eventually earned a Ph.D. in educational administration. He worked for the Edmonton Public School Board as a teacher, assistant principal and principal, and was President of Alberta's New Democratic Party.

Ivor Dent passed away in Edmonton in 2009.

The series consists of correspondence, engagements, speeches, brochures, and various reports on subjects ranging from social conditions to infrastructure and economic development in Edmonton.

This material is believed to have been transferred to the City of Edmonton Archives by City administration between 1974 and 1977.