This series consists of GATE’s administrative records including their bylaws and constitution, financial statements, meeting minutes and correspondence. In addition, there are copies of the GATE newsletter, two grant applications, and records related to GATE’s counselling program, and their social activities. 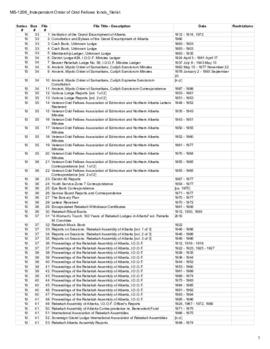 This series consists of the records of an array of organizations, and have been arranged in the following broad geographical sub-series: Organizations – Alberta; Alberta – Edmonton; Alberta - Calgary; British Columbia; Manitoba; Maritimes; Ontario; Quebec; Saskatchewan; Australia; Europe; and the U.S.A.
Within these geographical headings, the files are arranged alphabetically by file title (this often being the title of the specific organization represented). The records consist primarily of published brochures or newsletters and an assortment of printed information including news clippings, articles, news releases, and general correspondence. While some files have a lot of information, others are skimpy in their content. However, the range of organizations represented in this series, and the span of years captured, provides valuable insight into the rich diversity of the LGBTQ community during this time period.

This series consists of GALA’s administrative records including their bylaws and constitution, financial statements, meeting minutes and correspondence. In addition, there are copies of GALA grant applications, and records related to a GALA sponsored Symposium entitled “Flaunting It!” held in Edmonton in 1990. The meeting minutes and documents of the GALA-Police Liaison Committee are retained in this series, although after 1994, the Committee broadens its title to the LGBTQ Community/Edmonton Police Service Liaison Committee, and committee records continue until 2005. 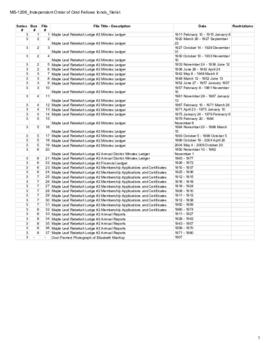