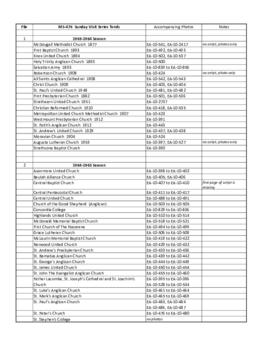 This series contains records of equipment installed by the Telephone Department. It contains the following files:

This series contains architectural drawings of City Hall, used by the Telephone Department to install and maintain telephone service. It contains the following files: