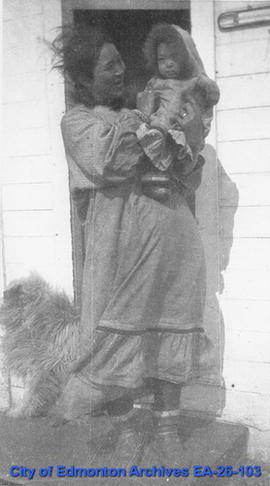 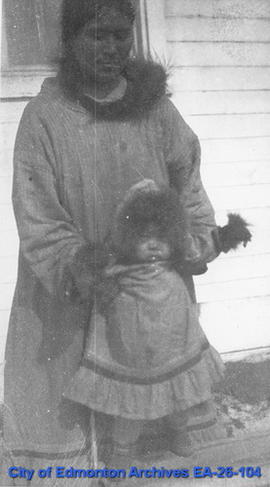 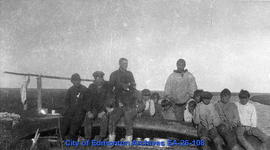 A group of Inuk men and children sitting on and standing near an upturned dry-docked canoe; camping supplies and a drying pole are visible. 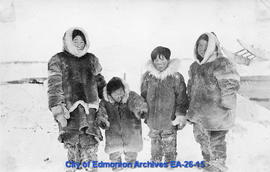 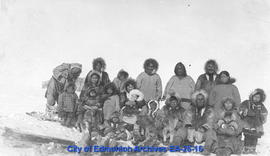 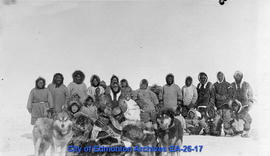 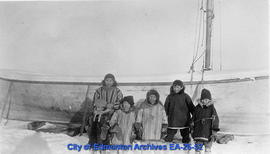 An Inuk woman and five children standing alongside a boat wearing parkas, fur mittens, and mukluks. 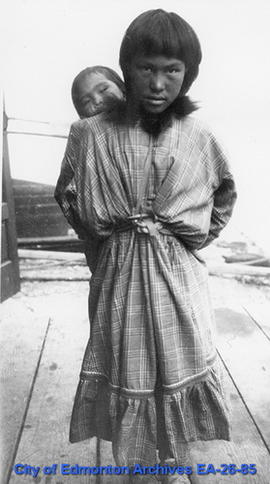 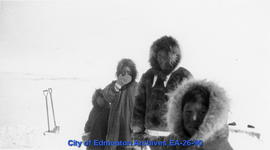 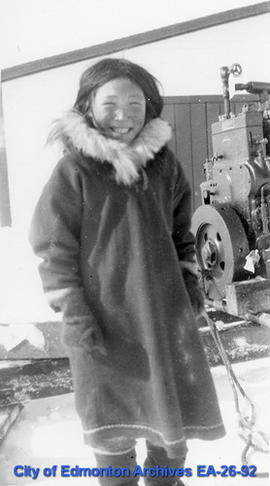