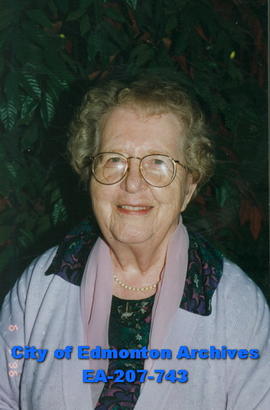 The gravestone of J.C.C. (James Charles Chatterton) Bremner. Bremner, born in 1864, was a remittance man from Scotland. He was a valuator and appraiser for the CPR, and raised horses. He and his wife were the main residents from 1903 to 1928. They held social events on the third floor of the house. He leased out the land for farming. Bremner committed suicide in 1928 after the money from Scotland ran out.