The collection consists of a souvenir program of the Edmonton Memorial Services for King Edward VII, May 20, 1910. 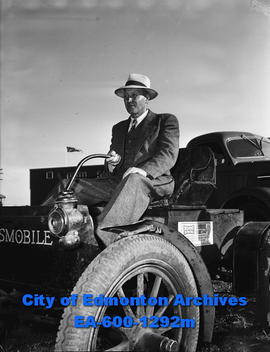 A man in his automoblie at the Camrose Annual Fair. 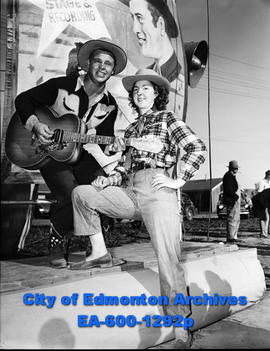 A man and a woman performing at Camrose Annual Fair. 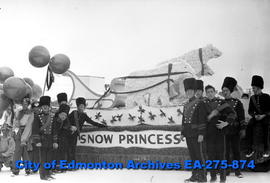 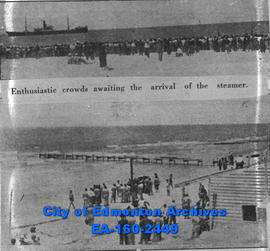 Enthusiastic Crowds Awaiting the Arrival of the Steamer.