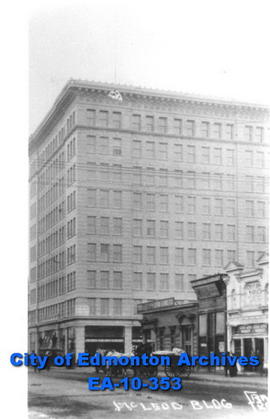 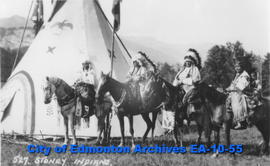 A view of a group of three Indigenous men and one woman and child on horseback in front of a decorated teepee at [Morley], Alberta. 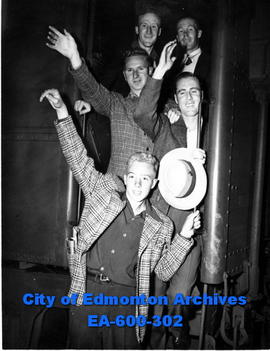 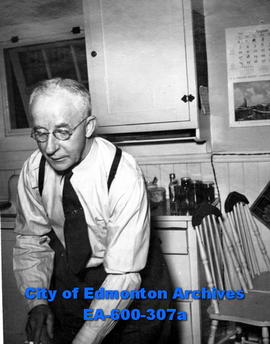 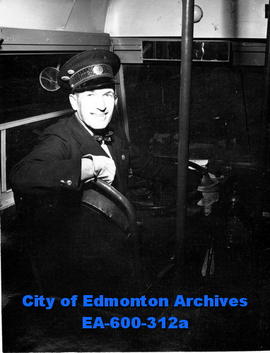 This fonds consists the December 1983 issue of "The Marker", a newsletter published by the Alberta Pioneer Railway Association. The newsletter includes an article on the consolidation of the Canadian Northern Railway and the Grand Trunk Pacific Railway at Edmonton written by Les Kozma.
The records also include sets of blueprints for the Canadian Northern Railway Station in Edmonton (4 sections, 1/8"=1' scale) and the Canadian Pacific Railway (CPR) Station in Strathcona (3 sections, 1/8"=1' scale), which are reproduced in the article.
There is also a book, 'Canadian Pacific's Western Depots: the Country Stations in Western Canada', by Les Kozma and Charles Bohi (385 BOH). 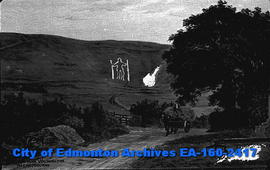 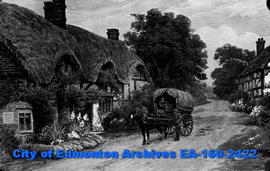