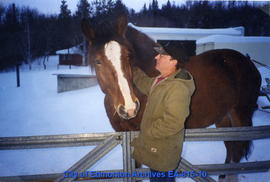 Glenn is the Coordinator of Animal Welfare at Fort Edmonton Park.
This photograph was published in City LINK in February, 1999. 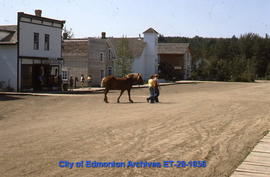 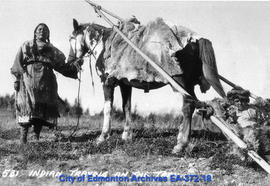 Indian Travois on the Trail

An Indigenous woman standing beside a horse travois pulling a child.

The 3rd Canadian Mounted Rifles was organized in December 1914 under the command of Lieut.-Col. F.O. Sissons and mobilized at Edmonton and Medicine Hat. The troops left Montreal in June 1914 aboard The Megantic and arrived in England in June 1915. By September the troops were in France. In January 1916 the troops were absorbed by the 1st and 2nd Battalions, Canadian Mounted Rifles. They were disbanded in December 1917. 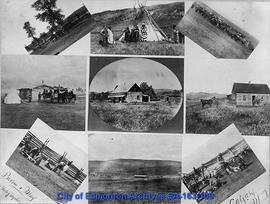 A photo collage of Calgary scenes, including views of ranching, cattle, horses, wooden buildings, and an Indigenous grouping standing in front of a teepee. Two of the Indigenous individuals appear to be wearing Hudson's Bay trade blanket coats. 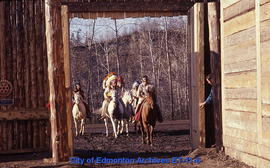 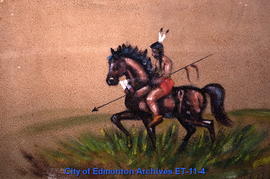 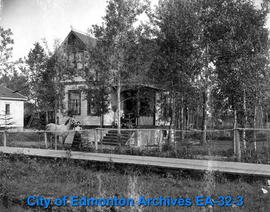 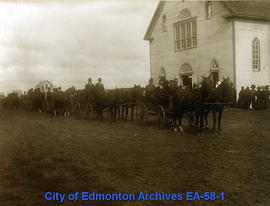