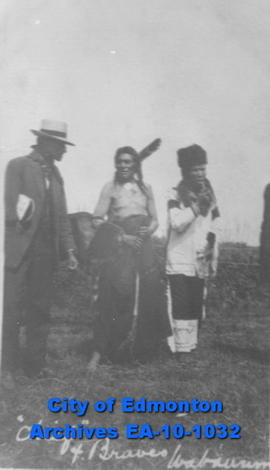 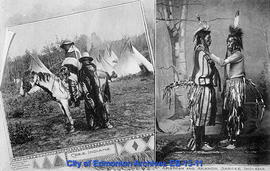 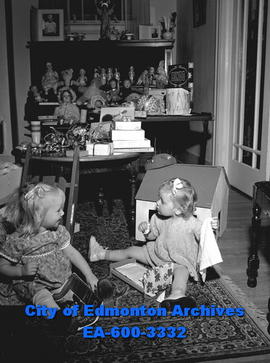 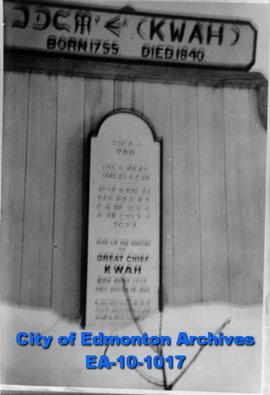 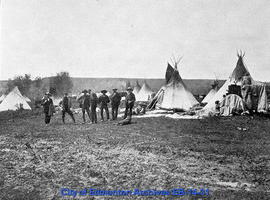 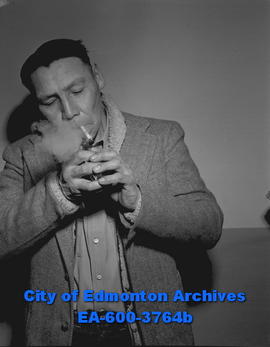 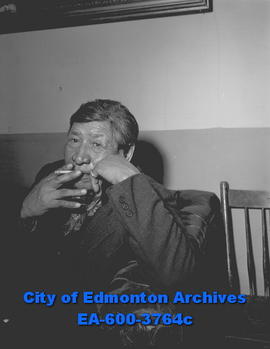 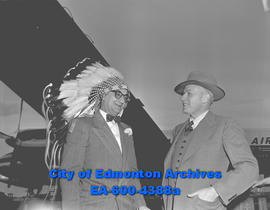 A view of Premier Joseph Smallwood wearing an Indigenous feather headdress and standing with another man near an airplane. Smallwood, Joseph 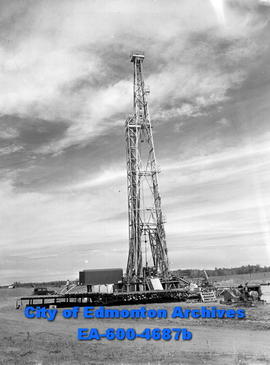 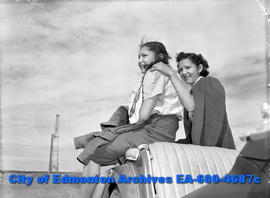 Patricia and Cecilia McDonald of the Stony Plain Enoch Cree Band sitting on trunk of a car; an oil derrick on the reserve is visible in the background.