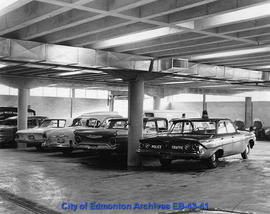 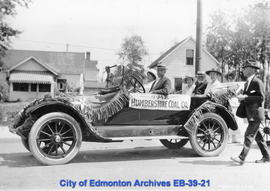 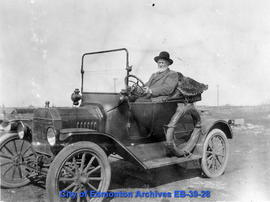 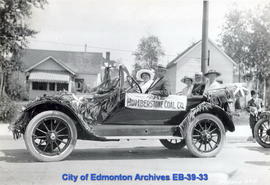 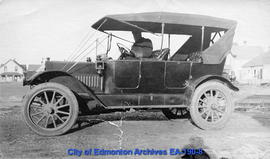 The First Car In Town - A Maxwell 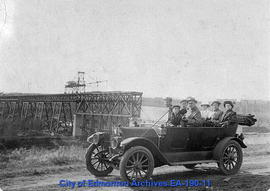 Family Car By the High Level Bridge Under Construction 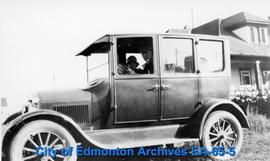 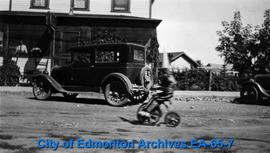 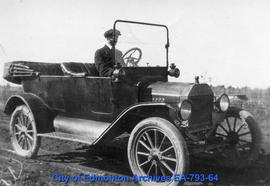 Automobile belonging to H.B. Kline. Herman Bernard Kline moved to Edmonton from Montreal. He opened his store, H.B. Kline's and Sons Ltd., around 1904. 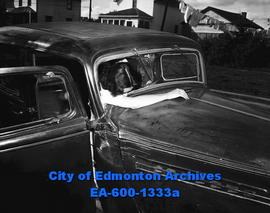 Mrs. A. Wadsworth was driving this car and was taken to hospital with head injuries (she hit a parked truck).