The fonds consists of photographs from the Edmonton Chamber of Commerce's in-house collection. The photographs are of early Edmonton and include buildings, street scenes, city and farm scenes, animals, agriculture, people and events. 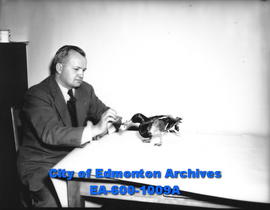 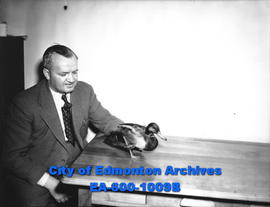 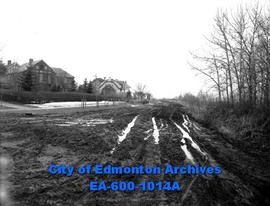 Poor road conditions due to spring thaws at 111 Street and Saskatchewan Drive. 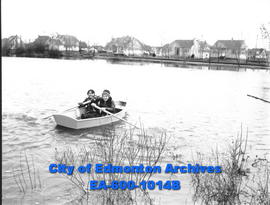 Youngsters boating on Edmonton's west end "lake" at 109 street and 111 avenue: Dean Saul and Gerald LaValley in one of C. F. Barrigan's boats. 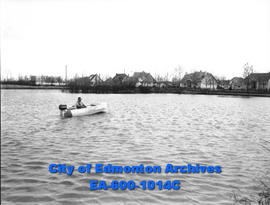 Boatbuilder Frank Barrigan using his boat to travel through spring run-off at 109 Street and 111 Avenue. 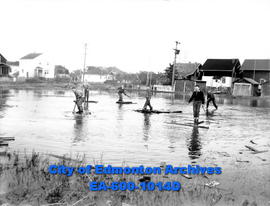 Springtime in Edmonton: Boys playing in the water at 109 avenue and 127 street. 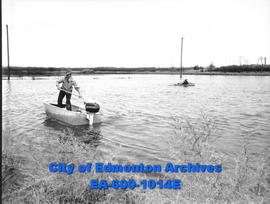 Boatbuilder Frank Barrigan in his boat and Dean Saul and Gerald LaValley in another of his boats in the "lake" at 109 Street and 111 Avenue.