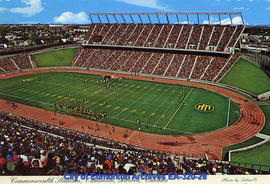 Commonwealth Stadium was built for the eleventh Commonwealth Games in 1978. Located at 112 Avenue and Stadium Road, it is owned and operated by the City of Edmonton. The stadium is the home of the C.F.L. Eskimo Football Club. 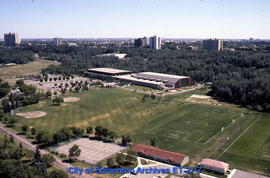 Oblique aerial photograph of Kinsmen Recreation Centre looking southeast, with sports fields in the foreground. This photo was part of a Marketing and Communications photo resource kit for the Parks and Recreation Department. 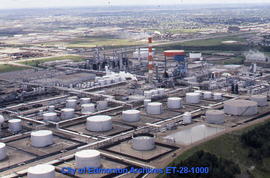 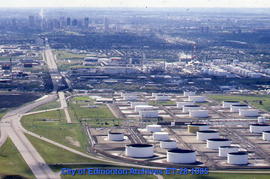 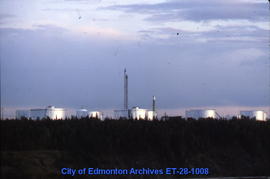 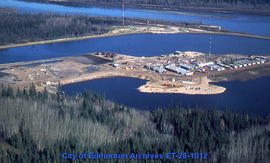 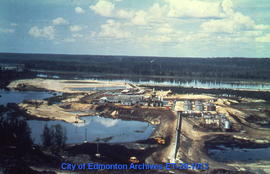 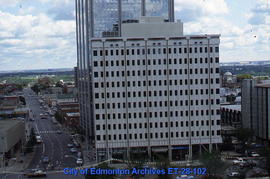 Looking east down 102A Avenue. 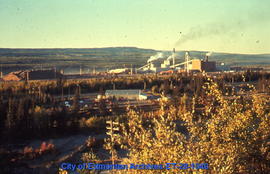 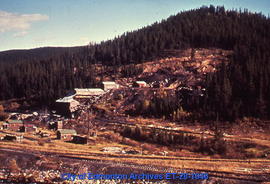