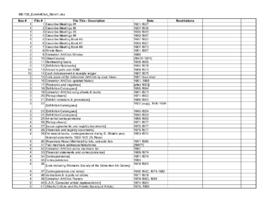 This fonds consists of the records of the Edmonton Art Club, including administrative material (meeting minutes, correspondence, membership books, and financial statements), pamphlets and notices from their annual exhibitions, and scrapbooks.