This item consists of one optical disc (CD-R) ...

The purpose of this bylaw is to regulate the use of highways under the direction, control and management of the City and to regulate the parking of vehicles on such highways as well as on privately owned property. 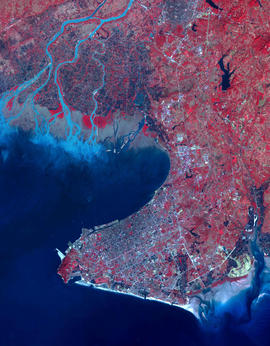 With its 14 spectral bands from the visible to the thermal infrared wavelength region and its high spatial resolution of 15 to 90 meters (about 50 to 300 feet), ASTER images Earth to map and monitor the changing surface of our planet. ASTER is one of five Earth-observing instruments launched Dec. 18, 1999, on Terra. The instrument was built by Japan's Ministry of Economy, Trade and Industry. A joint U.S./Japan science team is responsible for validation and calibration of the instrument and data products.

More information about ASTER is available at http://asterweb.jpl.nasa.gov/.