The series consists of two pieces of correspondence - a Christmas card from Aunt Aggie, and a letter to Isobel and her sister, Gene, from Aunt Wittie, Christmas 1923.

The series consists of a letter from John G. Diefenbaker (Leader of the Opposition, 1967) with a copy of House of Commons debates, Jan. 11, 1967, commemorating birth of John A. Macdonald, and a mock newspaper, headlined “Richard C Secord Returns to Winterburn Old Fashion Days” (most text reprinted from a 1917 issue of Calgary Eye Opener), [197?] (o/s folder).

The series consists of records pertaining to Bruce’s military career and family. 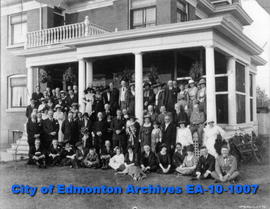 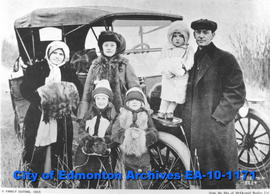 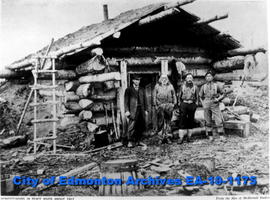