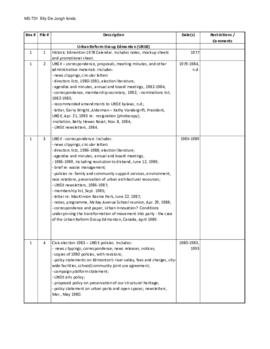 This fonds consists of the administrative records of the CNRA, including financial records, correspondence, meeting minutes and related records.

This fonds consists of resource material gathered during Brian Mason's career as an alderman for the City of Edmonton, including records on Unions, Epcor, Ed Tel, Taxi commission Highlands sewer, waste management, community business associations, as well as a number of other political issues faced by the city while he was on council.