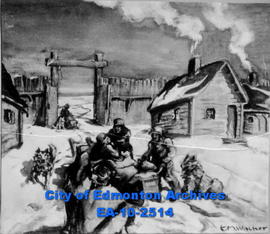 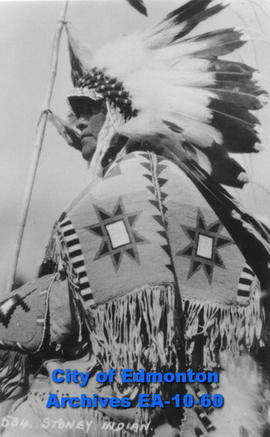 Portrait of an Indigenous man in profile wearing a feathered headdress and traditional dress at Morley, Alberta. 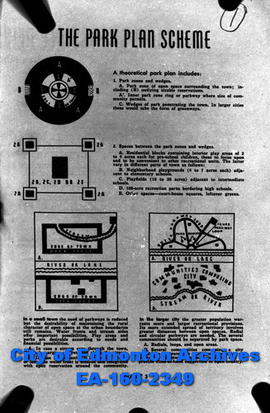 These glass negatives were taken from a glass slide collection entitled: England After WWII (all plans for rebuilding of City of Coventry - Mr. Hillerud, 1945