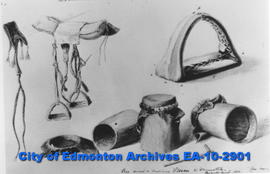 The series consists of records pertaining to John Kenneth & Therese Fraser Macdonald. They include programmes of early Edmonton theatre productions, correspondence, news clippings and photographs. All of the programmes include John Kenneth Macdonald in the cast.