This series contains photographs of streetscapes and buildings in Edmonton, particularly commercial and residential structures around downtown which no longer exist today. The photos also include oblique aerial photos from the 1950s and 1960s documenting downtown, the river valley, and the suburbs. 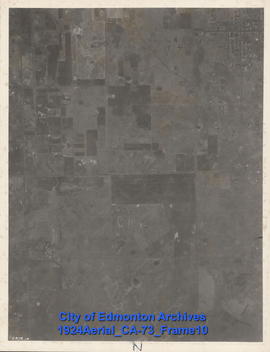 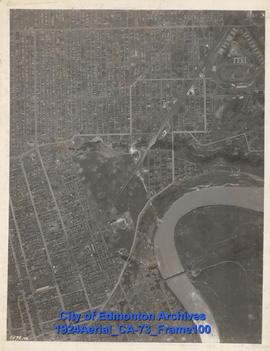 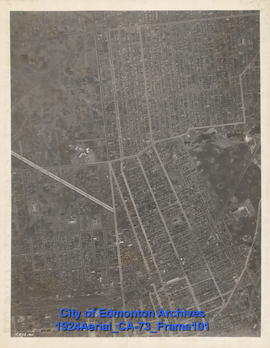