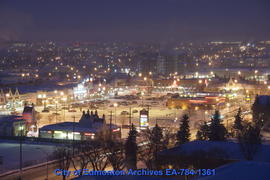 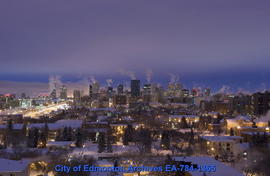 Aerial view taken from 104 Avenue and 120 Street looking east across Oliver towards downtown; low rise buildings on 119 Street in the foreground; 104 Avenue and downtown skyline in the background. 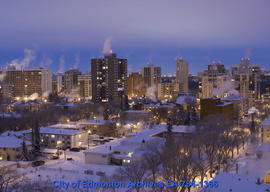 Aerial view taken from 104 Avenue and 120 Street looking southeast towards Jasper Avenue; includes Edmonton Academy, Allin Clinic and Whitehall Place on 120 Street; condos on or near Jasper Avenue in the background. 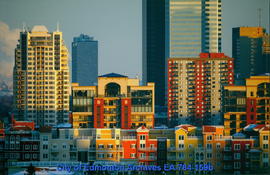 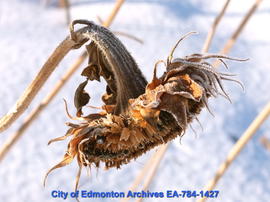 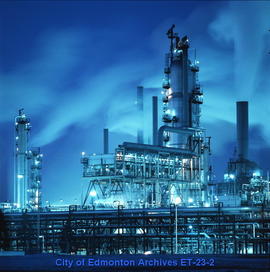 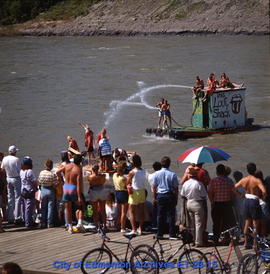 The crew of the "Lout Shack" float entered in the Klondike Days raft races is soaking a passing float; taken near the Queen's Landing on the North Saskatchewan River. 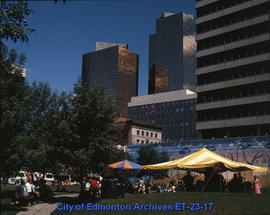 At Jasper Avenue and 102 Street, near the Imperial Bank of Commerce building (at Jasper Ave and 101 Street). 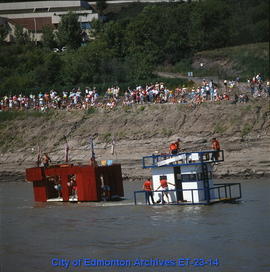 Float named "Ship Of Fools" in the Klondike Days raft races on the North Saskatchewan River. 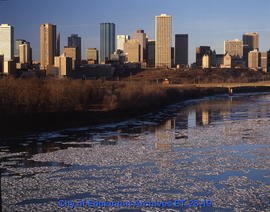 The downtown area from across the river taken from south of the Hotel Macdonald, including the James McDonald Bridge.