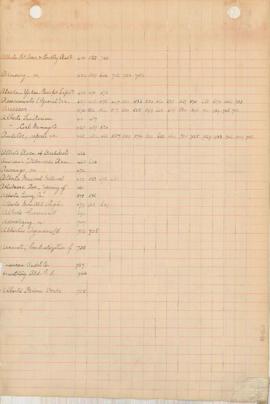 This file consists of 56 meeting minutes of Edmonton's City Council from 1909.

Part of City of Edmonton. Office of the Auditor General fonds

This series contains annual reports of the Office of the Auditor General. This series consists of records related to the financial administration of Jasper Place. Records include debentures, payroll information, auditors reports, and financial records created during the annexation process in 1964. Finances were under the jurisdiction of the Town's Secretary Treasurer; as such, monthly financial statements were included with the Council Minutes (RG-101 Series 6). 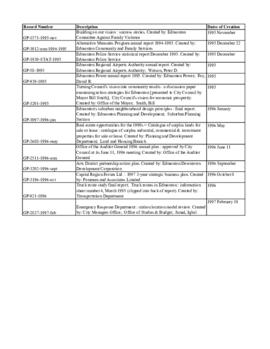 This series contains reports collected by the Office of the Mayor during the tenure of Mayor Bill Smith.