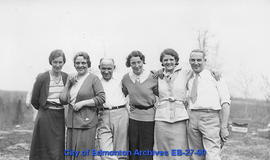 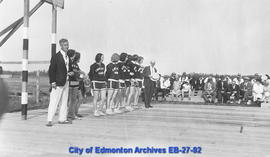 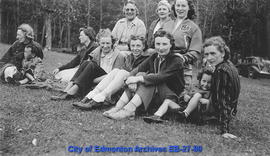 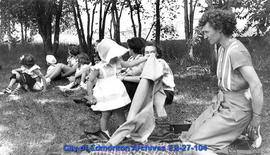 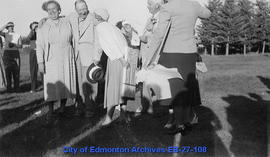 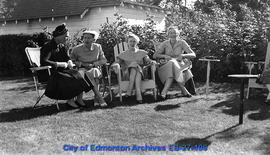 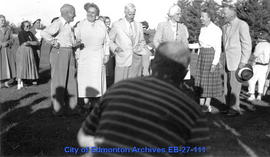 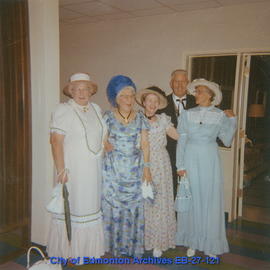 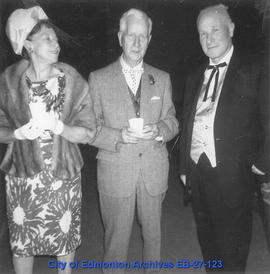 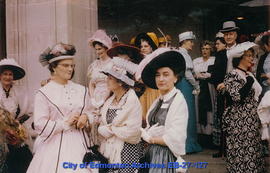 Waiting outside the Hotel Macdonald for the bus to the Klondike Breakfast.