The fonds consists of a historical account of the Alberta Hotel Association and a pamphlet relating to the Association's 1975 Scholarship winners. 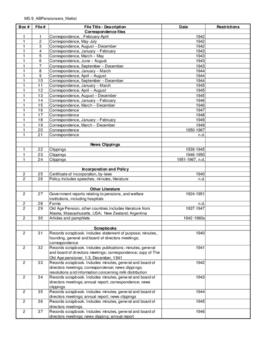 The collection consists of a medal and ribbon commemorating the Edmonton Exhibition 1911 and two Commonwealth Games scarves (1978).

In addition to the records related to the incorporation of the society, this fonds consists of material created and gathered by the Alberta St. George of England Society between 1982 and 1994, including brochures, minutes, newsletters, financial statements, correspondence, membership lists, and related news clippings. There is also information of the society's involvement in Edmonton's Heritage Days festival, including recipes, dances, and pantomime presentations.