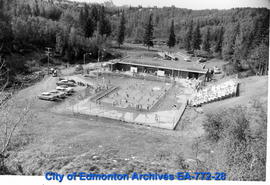 The Mill Creek Pool located in the ravine north of 82nd Avenue at 95th A Street. 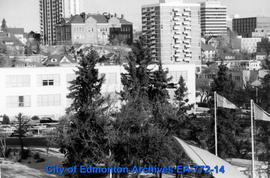 MacKay Avenue School on 104th Street and 100 Avenue. Taken from behind the bandshell on the Legislature grounds. A portion of the new Terrace Building is also visible. 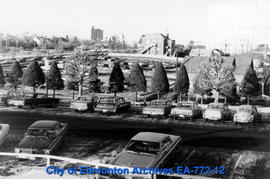 Looking North from the Legislature Grounds

The downtown area north of 97th Avenue between 109th and 107th Streets. 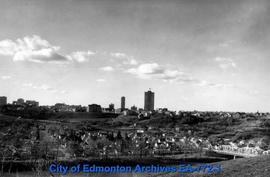 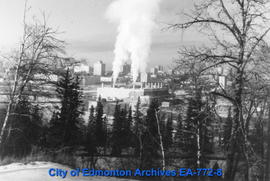 Taken from the southeast of the Edmonton Power plant in the North Saskatchewan River valley. 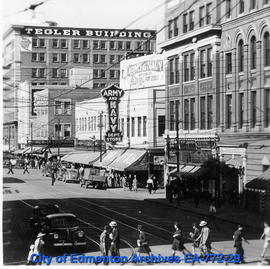 Looking north from Jasper Avenue on 101 Street. Includes the Tegler Building, the Army and Navy Store and the Empire Block. 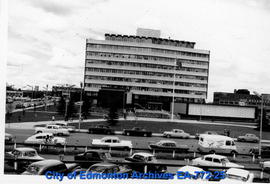 Edmonton City Hall from the South 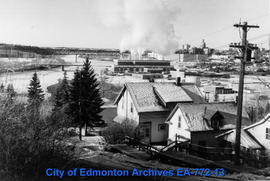 Taken from the top of the river bank north east of downtown. The Legislature Building is in the background. 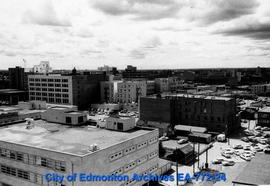 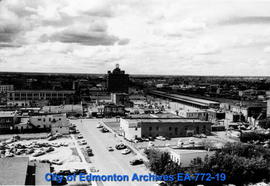 Likely taken from the new City Hall tower and shows the C.N. Express offices and loading bays, the Marshall Wells warehouse on 104th Street and the Revillon building.