This sub-series consists of over 10,000 clippings files related to individuals and families.

This sub-series consists of over 2000 clippings files related to business units in the City of Edmonton. It also includes files on municipal elections, mayors and council, City facilities and parks, roads, utilities, unions, awards, programs and services, and neighbourhoods.

This sub-series consists of over 14,000 clippings files that relate to a variety of topics. These include, but are not limited to: buildings, businesses, cultural communities, events, festivals, industry, organizations and clubs, rural areas, schools, and sports. 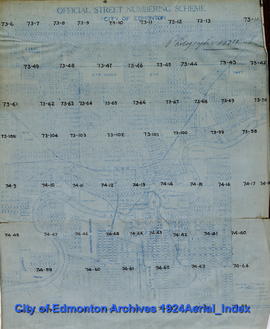 This subseries contains aerial photographs taken of Edmonton and the surrounding area.
All shots in the 1924 photographs are orientated with South at the top unless noted on the photograph itself. 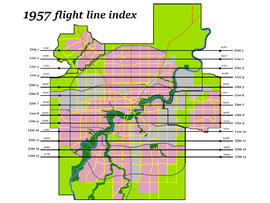 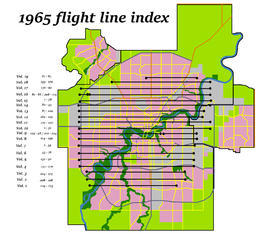