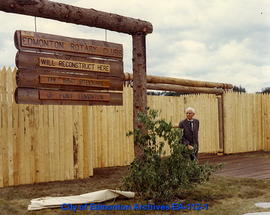 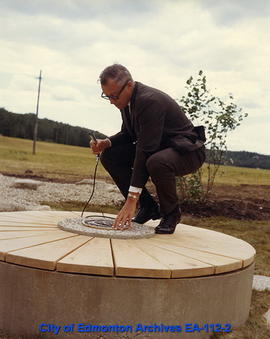 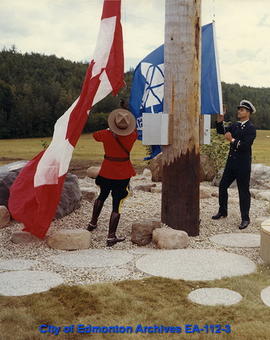 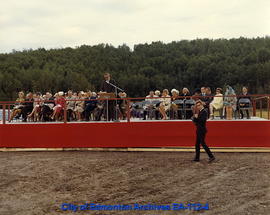 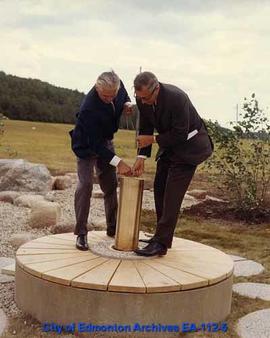 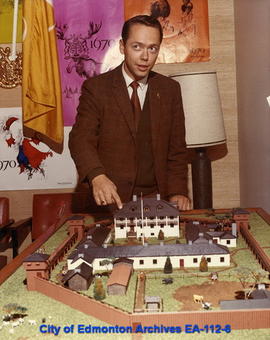 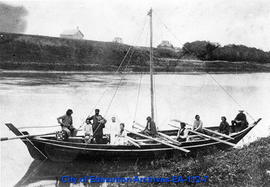 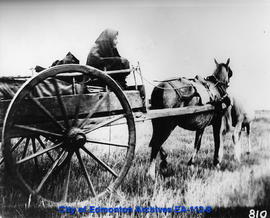 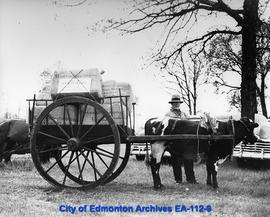 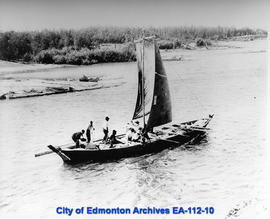 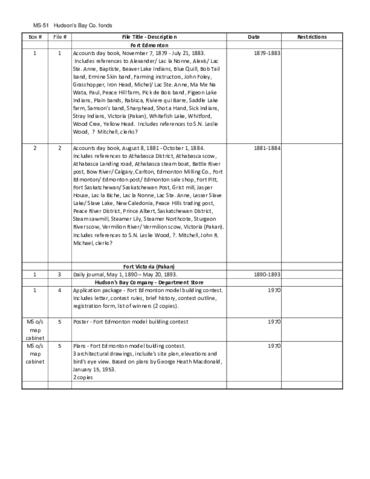 The Hudson’s Bay Company (HBC) has operated in the Edmonton area since it constructed Edmonton House in 1795. It was located at various points along the North Saskatchewan River until it built its final post on the present grounds of the Legislature Building in 1830. Apart from fur trading activities at the fort, Fort Edmonton became a headquarters for trading operations in a large territory surrounding and north of the post.
By the 1890s, Fort Edmonton was in disrepair and soon after, the HBC transitioned into retail stores. Fort Edmonton was dismantled in 1915. In the mid-1960s a reconstruction of Fort Edmonton was built at Fort Edmonton Park and is one of the main attractions at the park.

Items have been received from various sources, some with little provenance. Item 2 was recovered from a building under demolition, possibly one of the Fort Edmonton structures, by (?) Purin, later of Kelowna BC. His daughter, Mrs. Oscar Purin, transferred the volume to Ella May Walker in 1950. Her son, Wilfrid Walker, donated it to the Archives in 1960. There is no provenance relating to items 1 or 3.

This collection was donated to the City of Edmonton Archives by Bill Cardy in 1958, Wilfrid Walker in 1960 and J. Cunningham, Operations Manager, Hudson’s Bay Co., Edmonton in 1970.

The material was arranged in chronological order.
The photographs were assigned item numbers with the prefix EA-112.

File list available online.
Photographs have been described at the item level and are available in the City of Edmonton Archives Reference Room and online database.