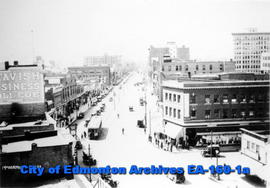 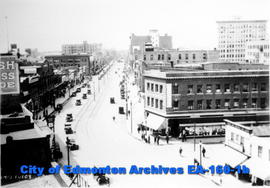 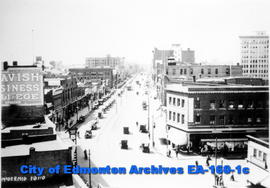 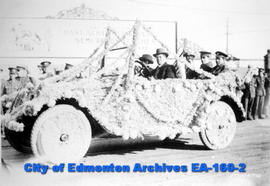 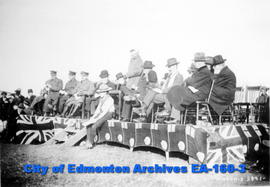 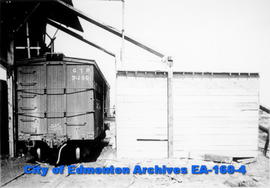 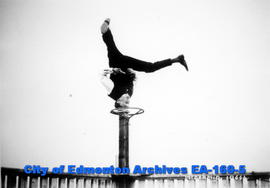 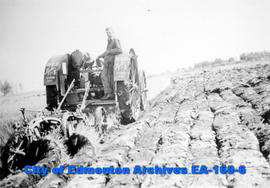 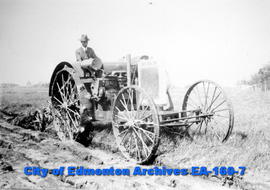 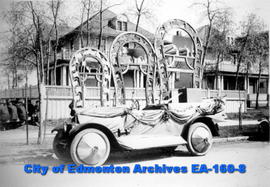 3265 photographs and other material

Hubert Alan Hollingworth was born 8 Feb 1912 to Harry and Minnie Hollingworth in Lloydminster, Alberta. By 1916, the family was living in village of Lougheed, Alberta. Hollingworth began his photography apprenticeship, at the age of 12, with Bell Studios in Edmonton in 1924.
As a young man he joined his bush pilot friend Wilfrid ‘Wop’ May and took his photography up in the air, leaning out of the open cockpit of May’s Tiger Moth biplane, taking aerial shots.
He opened the Hollingworth studio at 118th Ave and 95th Street. Hubert married Violet Faulkner in 1936 and they moved into the back of the studio. Hubert and Violet had one child, Lucille.
With the lean years of WWII, Hubert closed the photo studio and worked as an aerial photographer for the US. Army engineers building the Alaska Highway. He then worked as a photographer for Edmonton’s McDermid Studios, the Edmonton Bulletin and Edmonton Journal.
In 1954 he worked for the federal government in the Department of Supply and Services until his retirement in 1977. Hollingworth was a founding member of the Edmonton Camera Club and a member of the Gateway Camera Club. Upon retirement he volunteered with the City of Edmonton Archives where he copied more than 12,000 photographic images.
Violet Hollingworth died 29 Jan 1987. Hubert Hollingworth died 15 Jan 1988.

This fonds was donated to the City of Edmonton Archives by Hubert Hollingworth in thirty one donations made between 1971 and 1988.

The textual material was arranged by the archivist in chronological order.
The photographs were arranged according to the filing system of the creator and assigned item numbers with the prefix EA-160 and EB-11.